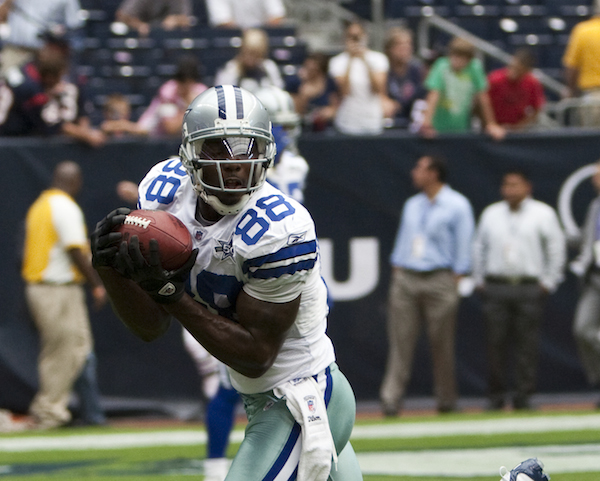 You ask a very reasonable question. It’s one that puzzles most football fans and even some football players. The phrase “football move” doesn’t actually appear in the NFL rule-books at all but it is used popularly to explain a rule that dictates whether a player has caught the football or not. This rule has always been a little controversial and it became even more so when it virtually decided a playoff game between the Green Bay Packers and Dallas Cowboys earlier this year. In plain English, the rule states that in order to be considered a completed catch, a player has to catch the ball and maintain control over it long enough to do something else before the play is considered to be a completed catch. Here’s the rule in NFLese:

I know, I know, the NFL is run by lawyers with a distinct flair for the obtuse. Still, the rule is actually not that hard to understand. I’ll do my best to explain it.

The first thing to understand is what this rule is attempting to do and why they are important. This rule is tries to set an objective line between a play that is not a completed pass and one that is. This is important because there are four possible outcomes when a quarterback throws his teammate the ball and they are widely varied in terms of their effect on the game:

These categories seem obvious but they get tricky at the edges. For instance, it’s intuitive that if the quarterback throws the ball and it hits the ground, it’s an incomplete pass. Likewise, if the quarterback throws the ball and it bounces off his teammates head and then hits the ground, it’s still an incomplete pass. But what if it bounces off his teammate’s hands as he’s trying to catch the ball? Still an incomplete pass but now we’re starting to feel less sure of things, right? Now, if the receiver catches the ball and runs for ten seconds, dodging defenders the whole time, and then drops the ball, that’s clearly a fumble. But what if he only runs around for five seconds? Still a fumble? What about four? What about three, two, one? Somewhere, there has to be a line between an incomplete pass and a catch followed by a fumble.

Make sense? If it does, you’re ahead of everyone else. I think eventually we’ll see the NFL simply set an amount of time, probably three tenths of a second that a receiver must possess the ball before the play is considered a completed pass. That, plus biological sensors in the ball and everyone’s gloves will solve this issue for us once and for all. Until then, enjoy the debates about what exactly constitutes a “football move” and whether so-and-so made a catch or not.