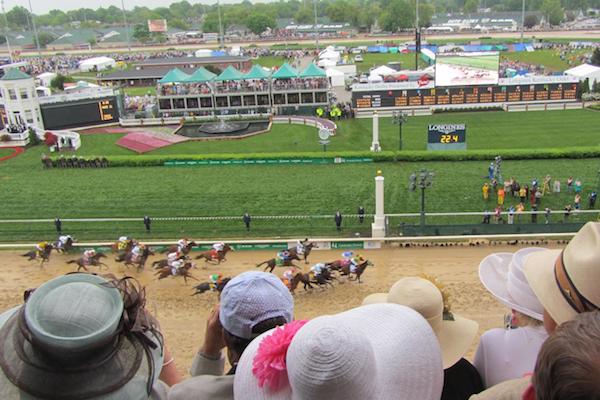 What’s so great about the Kentucky Derby? Isn’t it just an excuse to wear silly hats and drink mint juleps?

You’re absolutely right. For many of us, the Kentucky Derby is an excuse to wear silly hats and drink mint juleps while being thoroughly confused by the arcane world of horse racing. There’s nothing wrong with that approach, in fact, I’ve been happy subsisting solely on silly hats and mint juleps on Kentucky Derby day for years. This time around though, I thought I would try to add a serving of understanding to my meal, just to make it more well rounded.

The Kentucky Derby is one of the three big races in the United States that make up the so-called Triple Crown of horse racing. It’s the first and most prestigious of the bunch. The 1.25 mile race been run every year since 1875. Its long tradition, somewhat rare in this country, is part of its appeal, but for the horses owners and racing fans, the biggest draw is money. The winning horse will get $1.24 million dollars and that’s without considering the largest source of money in horse racing: gambling. Betting on horse races is a tradition that certainly predates the Kentucky Derby and it’s still going strong. You should expect that over $125 million dollars will have been bet on the race by the time it begins. This year, the race will be televised on NBC. You can tune in at 4 p.m. ET for lots of talk about the race, the hats, and the juleps but the race itself will begin at 6:24. It’s probably a good idea to turn it on at least a few minutes early. The race only lasts two minutes, so turning it on a couple minutes late could be enough to make you miss the whole thing.

Rivaling even the silly hats as a Kentucky Derby tradition is, of course, gambling. I wrote a whole post about gambling yesterday with everything you need to understand how betting on horse racing works. This morning I added a second post, where you can test your knowledge through the gift of musical theater. It’s easy to bet on horse racing. It’s actually the only sport in the United States that is completely legal to bet on online. That said, it might be more fun to bet just with your friends. You can make up your own form of betting by using your (potentially newfound) understanding of odds. Pick horses and reward the winner based on the odds. If someone picks a long shot 40/1 horse and they win, maybe you all collectively pay for the next 40 beers or chicken wings they buy or maybe even a bouquet of that many roses. That will give people a good incentive to pick a favorite (likely to win but may only get them a couple of beers/chicken wings/roses) and equally a good incentive to pick a horse that is unlikely to win.

Another great element of horse racing is the names. Horses often have absurd names. There is a reason for this or at least an explanation. Horses have to have names that are not just unique but also easily distinguishable when race announcers say their names. Quick aside on race announcers. They are an amazing mix of auctioneer, square dance caller, and huckster. To get a feel for it, watch this call by Tom Durkin:

You can imagine that if horses had similar names, all hell would break loose as people who gambled a significant amount of money on a horse named The Rural Juror ran up to collect their winners only to bump into another group of convinced winners who had bet on the actual winning horse, The Plural Furor. As many limitations do, the strict prohibition on similar sounding names for horses had led to some wonderful comedy. Take, for example, this race:

However you decide to partake in the race today, do it safely and enjoyably!

One thought on “Beyond juleps and hats – the Kentucky Derby”