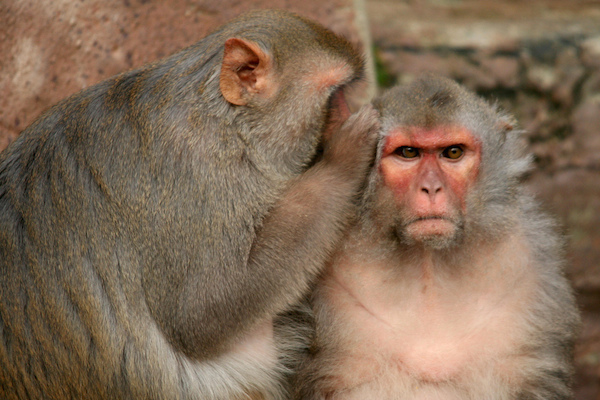 THIS PAST SATURDAY WAS A SUPER SPORTS DAY: Two days later, the sports world will still be buzzing about Saturday, one of the biggest days of sports in recent memory. The highlights of the day were the Kentucky Derby, Game Seven between the Los Angeles Clippers and San Antonio Spurs, and the boxing match between Manny Pacquiao and Floyd Mayweather. Although some people, The Big Lead’s Ty Duffy among them, might argue that Saturday wasn’t all that exciting, most fans will be gleefully talking today about where they were, what they watched, and who with.

The Kentucky Derby was exciting but not surprising. The favorite, American Pharaoh, won the race. While everyone loves an long-shot winner, having the favorite come through like this gives horse racing fans hope for the elusive Triple Crown winner, something that we haven’t seen since Affirmed won all three relevant races in 1978.

Game Seven between the Spurs and the Clippers lived up to its billing, 100%. It’s hard for me to imagine that anyone who saw that game on Saturday won’t simply be gushing in praise for both teams and for the show they put on. I was disappointed that the Spurs lost. It may mean the end of an amazing era of basketball in San Antonio, but they did win the championship last year, so it’s not like they have many regrets.

The boxing match was overshadowed by its controversies. I would expect that most people who dropped $100 to purchase the fight on pay-per-view will be disappointed. Due to technical difficulties on the part of cable providers in actually getting the pay-per-view feeds to the people who bought them, the fight didn’t start until almost midnight, ET. This must have been infuriating to people whose feeds weren’t working and deeply annoying to everyone else. The fight itself went pretty much as most reasonable people thought it would. Neither boxer was able to knock the other over or out and after the full twelve rounds, Floyd Mayweather won in a unanimous decision.

You may have noticed that I left the NFL draft out of my list of highlights. Rounds 4-7 were on Saturday too. I’m sure lots of important stuff happened, but only hardcore NFL fans were paying attention, and no one can accurately make sense of which teams improved the most.

National Basketball Association – The Washington Wizards won their game against the Atlanta Hawks, 104-98. The Hawks came out of the gate fast — scoring 37 points in the first quarterb — but then things got progressively worse for them as the game went on. This was Game One of the second round playoff series between the two teams. Atlanta was the better regular season team but they struggled to defeat the eighth seeded Brooklyn Nets in the first round while the Wizards were busy sweeping the Toronto Raptors. The Wizards have still not lost a game in the playoffs this year but they did suffer what seem to be minor injuries to several important players in this one. Like the Wizards, the Golden State Warriors also remain undefeated in the playoffs after their 101-86 victory over the Memphis Grizzlies. This was also Game One of their series. The result is not unexpected, the Warriors are the #1 seed in the West and the Grizzlies are still missing their starting point guard, Mike Conley Jr. Conley has not played since he broke bones in his face during the first round, although he did warm up for this game. That’s a good sign for Grizzlies fans.

National Hockey League – Montreal Canadiens fans are understandably devastated after their team lost 6-2 to the Tampa Bay Lightning. This was the second of two games in Montreal to start the best-four-out-of-seven game series and the Lightning won them both. That doesn’t bode well for the Canadiens’ chances of advancing. A lot of words will be written, French (and English) will be spoken, and angst will be felt before Game Three on Wednesday. Nothing is settled yet in the series between the Minnesota Wild and the Chicago Blackhawks but it sure feels like it is. After two straight victories by the Blackhawks, one last night by the score of 4-1, and with the knowledge that this would be the third straight year the Blackhawks would knock the Wild out of the playoffs… there’s a sense of tragic inevitability growing. As bad as it looks for the Wild, it looks even worse for the Calgary Flames. They lost their second game against the Anaheim Ducks 3-0 last night. Add that to their 6-1 loss in the first game and it just doesn’t feel good. One of these teams, the Wild or the Flames will probably at least rally to make a fight out of their series, because that’s what often happens in hockey, but it’s hard to imagine this morning.

Major League Baseball – “You score six, we’ll score six.” That’s more or less what the Cleveland Indians said to the Toronto Blue Jays on Sunday. The Blue Jays must have been feeling good after a fourth inning when they scored six runs. That feeling soured just a few minutes later when they gave up six in the fifth. Easy come, easy go, I guess.

New York Rangers at Washington Capitals, 7:30 p.m. ET on NBC Sports Network: These teams look so even after their first two games that I’d be surprised if this series didn’t go the full seven games. If hockey were a card game, both these teams would have one wild card each. The Rangers wild card is their goalie, Henrik Lundquist, and the Capitals’ is a scoring winger, Alexander Ovechkin. Even the wild cards cancel out. This series is going seven.

Chicago Bulls at Cleveland Cavaliers, 7 p.m. ET on TNT: Before the season started, these teams and their fans suspected that the other would be the biggest obstacle to winning the East and getting to the NBA Finals. Six months later, they seem to be right, even if they are meeting in the Eastern Conference semifinals instead of the finals. All eyes will be on Cleveland to see how they adjust to the loss of Kevin Love, out for the playoffs with an injury, and J.R. Smith, suspended for two games.

Los Angeles Clippers at Houston Rockets, 9:30 p.m. ET on TNT: It feels like the Clippers just won the championship — that’s how big their series against the San Antonio Spurs seemed. Actually, they just won a first round series, and their challenge in the second round may be even bigger. The Rockets team is built around James Harden, one of the savviest players in the league. Harden will drive to the basket over and over and over again, forcing the Clippers to stop him (unlikely) foul him (unwise) or concede entirely (not going to happen.) It should be a fascinating series but I wouldn’t be surprised if the Clippers can’t emotionally get up for the first game tonight.

USA vs. Russia, 10 a.m. ET on NBC Sports Network: The last time these two national teams played was the 2014 Olympics in Russia. Although both teams left that tournament disappointed, the game they played against each other was one to remember. The U.S. won in overtime as T.J. Oshie became briefly a household name for his shoot-out prowess. This time it’s the lesser known International Ice Hockey Federation’s (IIHF) World Championship in Prague.

The USA beat Jamaica in a 4 x 100 relay for the first time since 2007. It’s actually almost creepy to watch video of Usain Bolt losing a race, but it’s possible his teammates had him starting so far back that even he couldn’t catch up. Farther North, in Montreal, some hockey/tech crazed person has programmed his living room to freak out when the Canadiens score a goal. Unfortunately the Canadiens haven’t been scoring a lot of goals lately. In fact, no one in hockey has, a fact that Jack Todd wrote about in the Montreal Gazette. Verne Gagne died at 89. Gagne was one of the most famous professional wrestlers. His career spanned four decades, from the 40s to the 80s. Read the New York Times obituary.