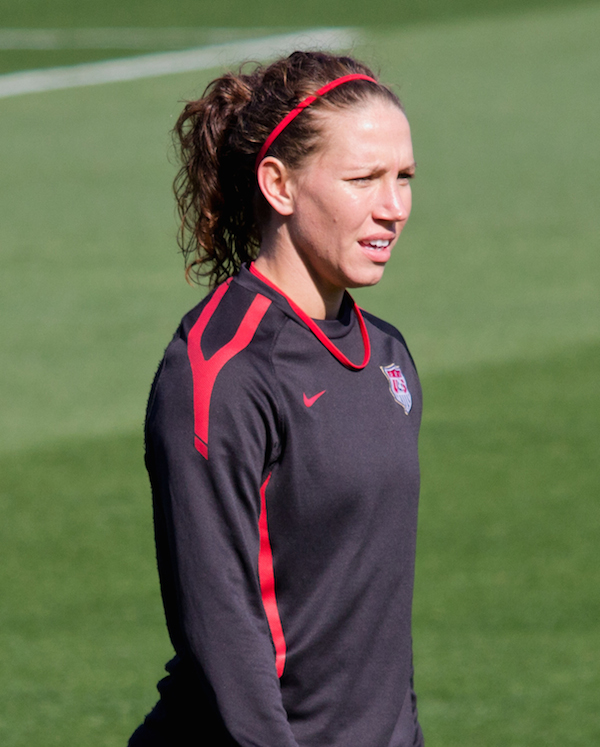 National team experience: 122 appearances, this will be her second World Cup, and she has 23 international goals.

What to expect from Lauren Holiday: For the U.S. team to win the World Cup, Lauren Holiday must be one of their best players. Holiday plays as a holding midfielder. This is the person who plays in the center of the field, closest to the four defenders. Some players in this role are honorary fifth defenders — tough, physical players who anchor the midfield to the back line. Holiday takes a different approach. From the same position, she’s the team’s most common and potent playmaker. She’ll drop back to the defense, collect the ball, survey the field, and then play exactly the right pass to the right person to start a dangerous attach. She’s one of a handful of players on the team who look almost indescribably different from everyone else on the field. Holiday never looks rushed or out of control. She has extraordinary vision and technical ability. When she decides to score, she’ll often launch shots from distance and she’s got the chops to place the ball just where the goalie can’t reach it. Watch for her starting the attack in the course of play and also on corner kicks and set pieces.

Video: Okay, there’s something a tiny bit creepy about a fan cutting up game film to create a video of just one player’s every moves but particularly for a playmaker like Holiday, it’s actually a great way to see what she’s all about.

Non-gendered personal interest item: As she talks about in a video on her US Soccer player page, Holiday had open heart surgery when she was three years old. She’s also married (I know, we’re creeping up to the gender line) to NBA point guard Jrue Holiday. This is relevant because aside from perhaps a quarterback in football, a basketball point guard is the closest sports analog to the way Holiday plays soccer. It’s fun to think about a relationship between two people who have such similar instincts and skills in the sports they excel at.

Links: Read about Holiday in this Sports Illustrated article by top soccer writer, Grant Wahl. Check out her US Soccer page and follow her on Twitter.