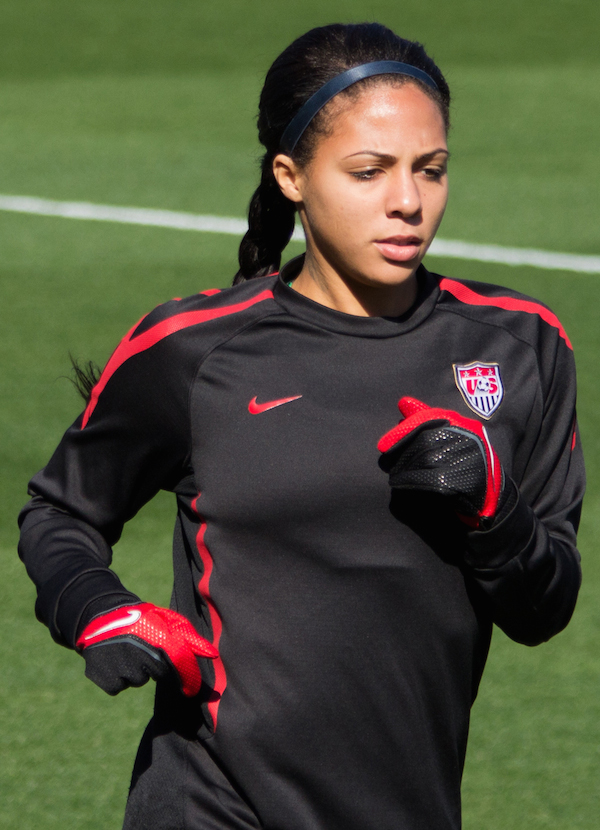 National team experience: 70 appearances, this will be her first World Cup, and she has 35 international goals.

What to expect from Sydney Leroux: At this point, even with only one friendly game left before the World Cup begins, no one is really sure who will be starting in the two forward attacking positions for the U.S. team. This is certainly a problem of excess — the team has so many good options, it’s hard to choose one. Sydney Leroux is one of those options. Whether she starts or comes off the bench, Leroux plays the same way: she looks to use her speed and physicality to run onto balls played to her through, around, or over the defense. Once she has the ball, it’s tough to knock her off of it. She often eschews early shots, seeming to prefer to dribble around defenders and even the goalie before tapping the ball into an open net. When she’s off her game, she doesn’t look as though she’s contributing, because she’s not a player who gets in position for easy passes and then plays the ball off to another attacker. When it’s not working for her on the field, she just basically can’t get the ball. When it is working though, she’s perhaps the team’s most high-octane, aggressive attacking threat. No matter what, her work rate is extremely high — she’s always running and she works tirelessly to harass defenders when the other team has the ball.

Video: This is a classic Leroux goal. She gets behind the defense with a well-timed, fast run, receives a pass, and then dribbles around the goalie to score.

Non-gendered personal interest item: Leroux is a dual citizen of Canada and the United States. She was born and raised in Canada and played for Canadian youth national teams but decided to play at the senior level for the United States. This decision has made her women’s soccer public enemy number one in Canada. Expect her to be booed by Canadian fans every time she touches the ball throughout the tournament but especially if the U.S. and Canada meet up in an elimination round game.

Links: Read all about Leroux’s unique background and soccer evolution in this comprehensive SB Nation story by Kevin Koczwara. Check out Leroux’s US Soccer page and follow her on Twitter.