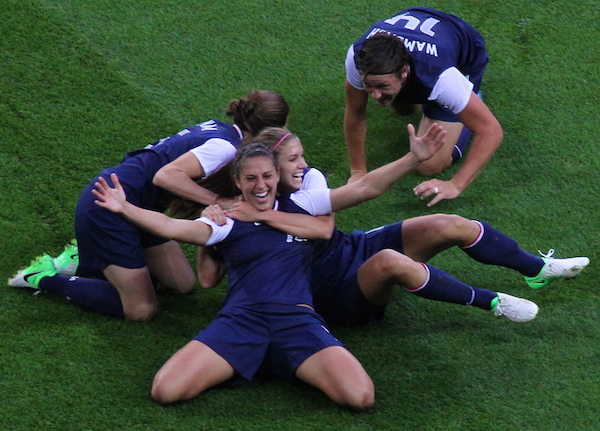 National team experience: 194 appearances, this will be her third World Cup, and she has 63 international goals.

What to expect from Carli Lloyd: Carli Lloyd is one of the most powerful soccer players in the world. From her position in the center of the midfield, (although coach Jill Ellis has experimented with her in an outside midfield role), Lloyd works tirelessly on offense and defense. She is noticeably stronger than almost everyone else in the sport. This shows itself in different ways on offense and defense. On offense, you’ll notice that once Lloyd has the ball, it’s almost impossible to get it away from her. On defense, watch her make legal (most of the time) contact with an opponent and notice how they fly away from her, leaving her and the U.S. team with vitally important possession of the ball. Lloyd’s other noticeable super power is her shot, which she unleashes from long distance, often 20-25 yards from the goal. From most players, this type of shot would sarcastically be labeled, “ambitious.” From Lloyd, it’s totally realistic. She can’t score at will from distance, but it’s pretty close. Lloyd doesn’t have the vision, dribbling, or passing abilities of some of her midfield counterparts, but she more than makes up for it with power and determination. Lloyd should play close to every minute of the World Cup this year.

Video: Lloyd scores a lot but to really appreciate her game, you need to see her play away from the ball as well.

Non-gendered personal interest item: Lloyd was Rutgers University’s first four-time All American athlete. Not that my alma mater has a particularly fine athletic tradition, but Paul Robeson did play football and sing there, so back off!

Links: Read the definitive profile of Lloyd from Jeff Kassouf in NBC Sports World. Check out Lloyd’s website, her US Soccer page and follow her on Twitter.