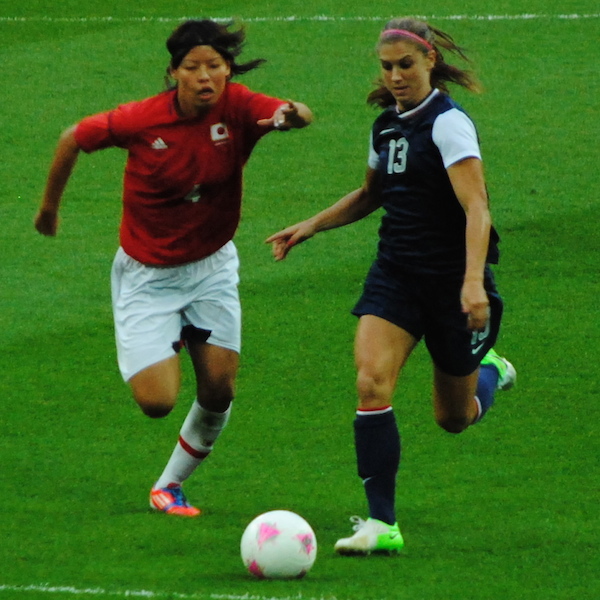 National team experience: 84 appearances, this will be her second World Cup, and she has 51 international goals.

What to expect from Alex Morgan: Morgan is one of the big mysteries of the World Cup. The high point of her international career to date has been 2012 when she scored a whopping 28 goals in 31 games, while adding 28 assists, just to prove she’s a well rounded player. At that point, it seemed as though the torch of great American strikers that started with Mia Hamm and was passed to Abby Wambach would be passed neatly to Alex Morgan. Morgan had everything you’d want from a striker. She’s fast, skilled, and opportunistic. Her goal scoring touch was only matched by her ability to put herself in the right place at the right time. Alas, things have not gone so smoothly since then. She’s been beset by a series of injuries, many to a troublesome left ankle, that have left her frequently unavailable to play and less effective when she does play. When healthy, she’s one of the best strikers in the world. Heading into this World Cup, Morgan is again out of the lineup, this time with a left knee injury that is said to be a bone bruise. She’s missed the last two U.S. games. Because of her injury, it’s not clear what to expect from her in the World Cup. Are they simply being conservative with a minor injury by holding her out? If that’s the case, we should expect a full-strength Morgan to explode onto the World Stage once more. If she’s not at full strength though, she could come onto the field as a sub or not at all. Sydney Leroux is a similar type of player and 100% of her is probably better than 80% of Morgan.

Video: It’s annoyingly difficult to find a compilation of Alex Morgan goals without being interspersed with glamour shots. This one is pretty good.

Non-gendered personal interest item: Sports Pro Media recently named Morgan the 19th most marketable athlete in the world. Admittedly, this does have something to do with how Morgan represents herself to the world (which certainly has something to do with gender) but that’s no different from the next two men on the list, Rory Mcllroy or Cristiano Ronaldo.