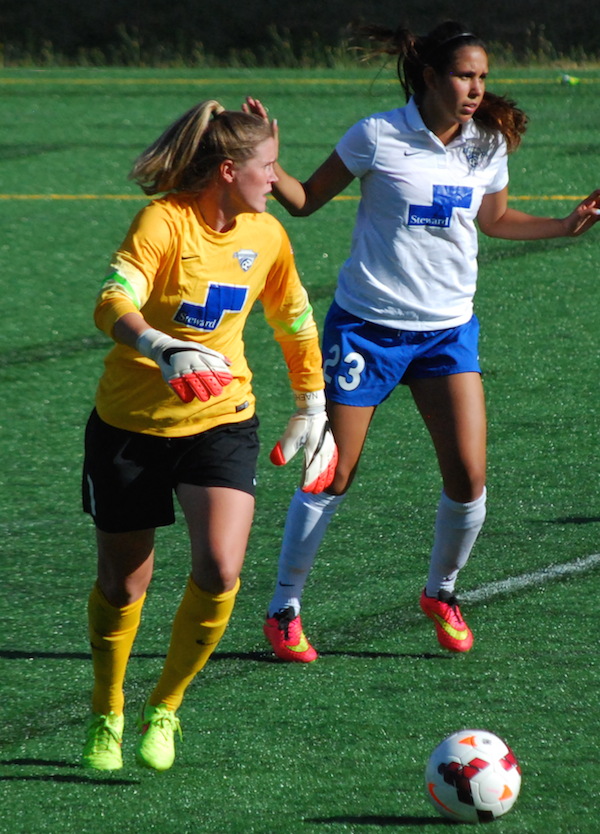 National team experience: 1 appearance and this will be her first World Cup.

What to expect from Alyssa Naeher: Naeher is the least likely player on the entire team to make it into a game. This isn’t a reflection on her, she’s a great goalie, but Hope Solo is a fixture in the net and Ashlyn Harris seems to be coach Jill Ellis’ second choice. Naeher’s path to playing would be a Hope Solo injury followed by a poor Harris performance. Seems unlikely. If called on Naeher could do the job. A tall goalie at 5’9″, Naeher is used to being called on in desperation. She won National Women’s Soccer League goalkeeper of the year in 2014 despite playing for the Boston Breakers, a team with a shaky defense that finished second to last in the league. After one extraordinary victory, she received the Tim Howard meme treatment for her extraordinary saves. Naeher also has experience with success in World Cups — in 2008 she led the U.S. under-20 team to a World Cup championship, playing in all but one of their games.

In case you’re wondering why the team would even bother carrying three goalies, it’s because if something were to happen to two goalies and you didn’t have a third, all the extra midfielders in the world couldn’t save you from losing.

Video: Here’s Naeher saving a penalty kick in what looks like an NWSL game.

Links: Read about Naeher in a New England Soccer Journal profile of her by Tim Bresnahan. Check her out on her US Soccer page and follow her on Twitter.