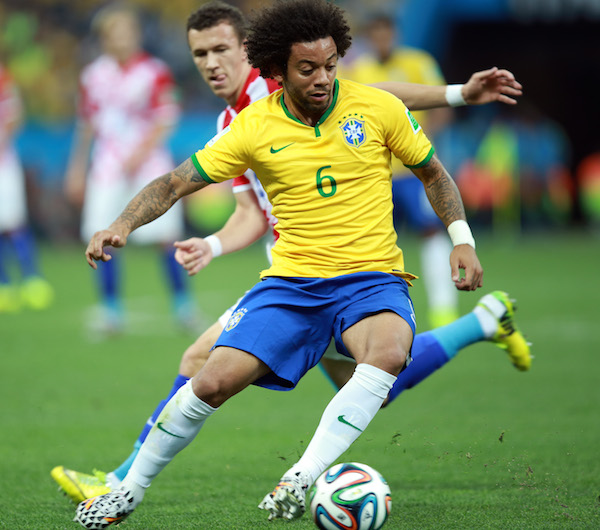 Are you big? A little slow? Do you have the desire to play soccer but not the dribbling skills? Able to kick the ball hard but not aim it that well? There’s a good chance that you play defense on your soccer team. Of course, world class defenders or fullbacks are neither slow nor bad at dribbling or shooting. Instead of playing defense because of their deficit in the skills department, the defenders you see playing soccer on television play defense because of what they have more of than anyone else: size, strength, and determination. Defenders use their size to out-jump opposing forwards when a ball is played in the air. They use their strength to muscle the opposition off the ball when they have possession of it. Like offensive linemen in football, defenders have the least margin for error and the most dramatic consequences for failing. (Some would argue the goalie has less but its understood that the goalie’s task is virtually impossible, whereas defenders are always supposed to succeed.) As such, the players who are attracted to playing defense and who succeed there are strong-willed and determined. No matter what it takes, their job is to stop the opposition from scoring and they’ll find a way to do it. Defenders may not run as much as midfielders during a normal game or sprint as quickly or as often as strikers, but they have to do it for a full 90 minutes. It’s very rare, except in cases of injury, for a team to spend one of its three substitutions on a defender. Some defenders find a way to get into the act on offense as well. Normally, this chance comes on set pieces, particularly corner kicks, when the ball is going to be in the air and a defender’s size is an advantage.

One strange vestigial aspect of soccer tactics is the habit of British soccer people to call a central defender, a “center half” or a “center half-back.” This is confusing because Americans use the term “half-back” synonymously with midfielder, so it not only doesn’t make sense to call a central defender a “center half” but it actively subverts something you think you know about positions. The reason for this is that in the very, very old days of British soccer, teams often played with only two defenders. As it became more necessary to have four full-time defenders, the two existing defenders shifted farther out, to the sides of the field and two central midfielders, called center half-backs, slid back to play defense. Though their role changed, these players held on to their positional name.