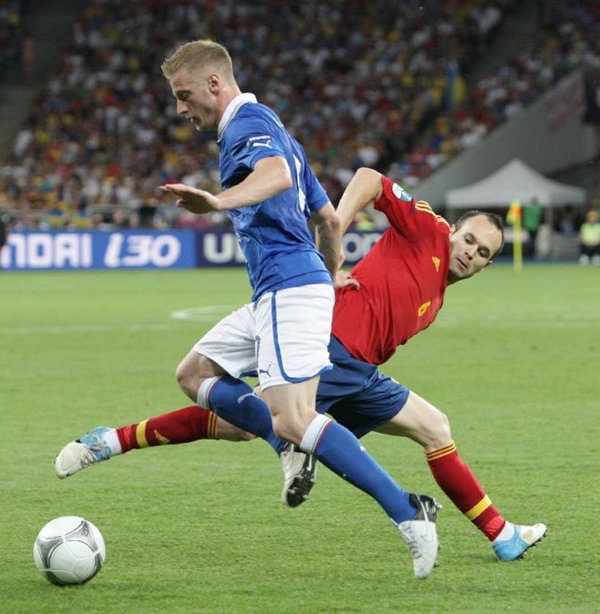 How do overtime and shootouts work in soccer? Is it like hockey, where the first team to score a goal wins? Or is it like basketball, where the team that’s winning at the end of five minutes, wins the game? What is a shootout and when does that happen?

Over time, soccer overtimes have worked in an almost infinite variety of ways. Things have mostly settled down and it is now fairly standard. The first thing to know about soccer overtime is that, whenever possible, soccer doesn’t bother with it. In regular season professional games and group stage tournament games, ties are allowed. This is different from most major American sports like baseball, hockey, and football (okay, ties are allowed in football, but extremely rare). In soccer, a tie is a perfectly acceptable result, unless you need to eliminate a team for one reason or another. This is the case in World Cup knockout round games and in the second half of the two-game series confusingly called “ties” that are used in club soccer in Europe and throughout the world. When a team needs to be eliminated and the game is tied after the regular 90 minutes plus stoppage time, overtime comes into play.

Overtime in soccer consists of 30 minutes of additional playing time divided into two 15 minute halves. The halves are totally ceremonial, they provide a chance for the players to get a little rest and instruction from their coaches, but don’t have any affect on the game. Soccer has experimented with having the first team to score win the game immediately but has mostly discarded the idea. When they did use it, soccer called it “golden goal”, not the more common “sudden death”. Instead, the full 30 minutes are played and whichever team has scored more goals at the end of the over-time wins the game.

Overtime in soccer is particularly brutal and exciting because of how limited substitutions are. Playing 90 minutes with only three permitted substitutes is already an exhausting game. Adding another 30 minutes on, with no additional substitutes, is excruciating. The added fatigue can lead to either very sloppy or very inspired play or sometimes both. With players not able to run as well as they could at the start of the game, attacking becomes even riskier. If one team commits too many player to an attack and doesn’t score, the other team will have a lot of open field for their counter-attack.

If the score is still tied at the end of the overtime period, the game will go into a shootout. A shootout is a penalty kick competition. Both teams select five players to take the penalty kicks and then the teams alternate until one team wins. A team wins a shootout by scoring more goals than its opponent. The shootout continues until this happens. If it happens before the full five shots (one team is mathematically eliminated because they can’t possible catch up to the number of goals the other team has scored) the shootout ends immediately. If the teams are even after five shots each, the shootout continues in rounds of one shot a piece. If both teams score or both teams don’t score, another round is needed. If one team scores and the other does not, the team that scored wins the game.

Soccer purists hate shootouts because they decide the game with a contest that has almost nothing to do with normal soccer skills. In the old days, shootouts were never used. Ties would simply result in another game being played in a few days or weeks time. Today, with the pressure of television and gambling money to get a result in a decent amount of time, that’s not possible. Shootouts are the entertaining compromise that soccer has made to modernity.