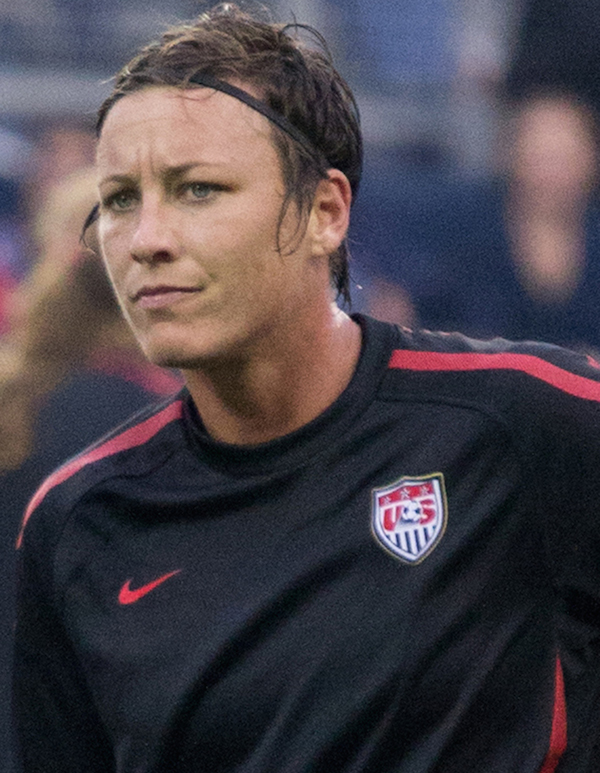 National team experience: 242 appearances, this will be her fourth World Cup, and she has 182 international goals.

What to expect from Abby Wambach: Abby Wambach is the greatest of all time. She leads all international players, men or women in goals. It would be a vast understatement to say she looks like a woman among girls. When she’s at her best, Wambach is a jaguar among kittens. She’s simply bigger, stronger, and better than everyone else. Her specialty is going up in the air and scoring goals with her head. She’s so prolific and proficient at this, timing her jumps perfectly, out muscling anyone who gets in her way, and directing the ball exactly where she wants it to go, with pace, that it’s almost a surprise to see her score with her feet. She’s so monumentally good in the air that it’s easy to forget that she can pass, dribble, and shoot better than anyone else too. Wambach is tougher than nails and it’s not uncommon to see her play through broken noses or with blood streaming down her face from a cut on her head. Having just turned 35 before the World Cup started and with many hundreds of miles on her legs, there are questions about how much she will be able to play. She probably won’t start every game and may even be given a game or two off if the United States looks to be able to win it without her. When she is on the field, she’ll still be the most powerful figure out there. She’s not just someone to be reckoned with by opponents, her own teammates respond to her presence. Wambach is the undisputed leader of the team.

Video: Here are 100 of Wambach’s 182 goals. It’s almost funny how easy she makes many of these look. They’re not, she’s just that good.

Non-gendered personal interest item: One of the biggest story lines of the World Cup for the U.S. team this year is that Wambach, the greatest goal scorer ever, has never won a World Cup. She’s been up front about feeling that her career will be incomplete without one. It’s safe to say that the entire team would be driven to win the World Cup without this additional motivation, but at the end of 90 minutes, when legs and lungs are burning, it might provide them just a tiny bit of extra juice. As a fan of the team and of Wambach, the thought of her leaving soccer without a World Cup championship makes me about three times more nervous than I would otherwise be.

Links: There are hundreds of Abby Wambach profiles out there but the definitive record of this era in her career was written by Kate Fagan and published by ESPN last fall. Read it now!  Check out Wambach’s website, her US Soccer page and follow her on Twitter.