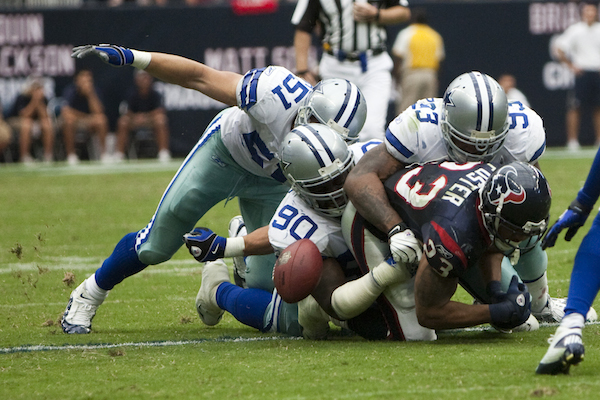 Everything about the Dallas Cowboys is a big deal. The Cowboys are the most popular, most profitable team in the NFL. According to Wikipedia, they have an estimated value of $2.1 billion and annual revenue around $269 million. Their nickname is “America’s team” which, beloved as they are by their fan-base, makes virtually every other football fan seethe. They are simultaneously the most loved and the most hated team. They are one of two teams (with the Detroit Lions) that always host a game on Thanksgiving. From 1966 to 1985, the Cowboys had a winning record every year, the longest streak of this kind in NFL history. Then, after a short blip, the Cowboys came back to win three Super Bowls in four years in the first half of the 1990s. That type of consistent winning played into the already messianic nature of the Cowboys following. Since then, things have gotten rougher for the Cowboys, but their fans always feel like the team is one move away from returning to the top.

Who are some notable players or figures from the Dallas Cowboys?

Jerry Jones is the megalomaniac owner of the Dallas Cowboys. He purchased the team in 1989 and almost immediately fired the best coach in the team’s history as well as the team’s general manager. He replaced the coach but decided to step into the role of general manager himself, making him the only owner in the NFL to have such hands-on control over their team. Jones feels he has the experience in football to play the role of general manager in part because he was a star running back who co-captained a national championship winning Arkansas college football team in 1964. Love him or hate him, Jones is always the biggest character in any room he’s in and many he’s not.

Two coaches, Tom Landry and Jimmy Johnson, are central in the minds of Cowboy fans. Landry was coach of the team from 1960 – 1988 and presided over the team’s two Super Bowl wins and its entire twenty year winning streak. His 29 years of tenure at a single team are still an NFL record. Striking a striking figure in his signature fedora, Landry was also an innovative figure in NFL history. He invented what is has been the most common defensive formation in the modern history of the NFL, the 4-3. Johnson took over for Landry after he was fired in 1988 and immediately changed the tone of the team. He had been coach of the football team at the University of Miami, where his teams were notorious for NCAA rule-breaking and intimidating, over-the top braggadocio on the field. And winning, of course. Although the Cowboys only won one game during Johnson’s first year, they quickly turned it around and won two Super Bowls. Following the second, Johnson too was fired, making him the rare coach to leave a team right after winning a championship.

Where do the Dallas Cowboys play?

Imagine you’re about to go on a blind date and all you know about the person is that he or she is a Dallas Cowboys fan. Here’s what you can guess about that person. Remember that all fans are unique. We bear no responsibility for any misunderstandings we engender. Trust but verify.

Your date has made the most common, most obvious, most mainstream choice when it comes to football, so expect them to do the same in their everyday life. Sit down for dinner and they’re going to have the chicken parm. What kind of soda do they like? Coke. What’s their favorite color? Blue.

What will make a Dallas Cowboys fan squirm?

Point out that it’s now been 20 years since the Cowboys won a Super Bowl. Cowboys fans are natural front-runners, so a period with no championship hurts them more than it does any other fan base.

Team colors are navy blue, white, and silver. Their current uniforms look like this. 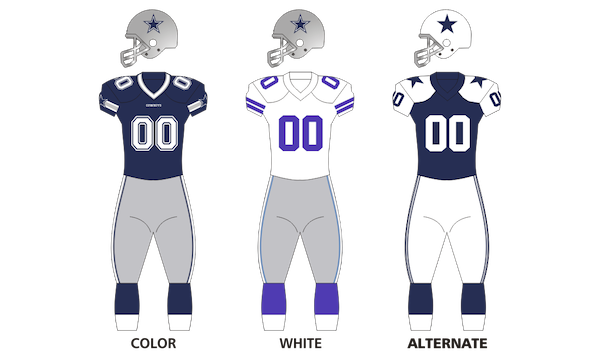 Coming soon — a post about the 2015 Dallas Cowboys including an overview of their most interesting characters as well as what fans expect from the team this year.