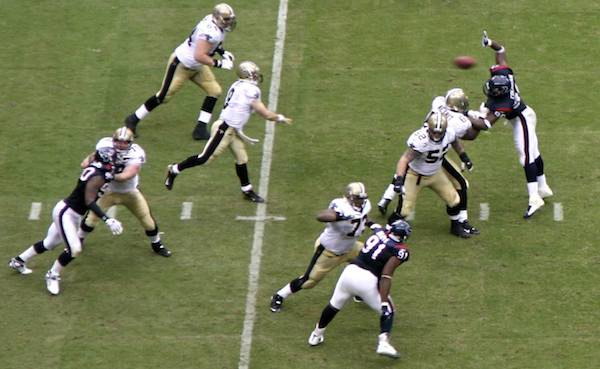 During their darkest days, the Saints were known as the ‘aints and were a consistent win… for teams that played against them. They lost and lost and lost but never truly stopped partying. Aside from some stadiums football fans might prefer to visit for their historical significance, there’s no place they’d rather see a game than in New Orleans. When the Saints are playing well, the Super Dome rocks! One of the most moving, exciting games I’ve ever seen on TV was the first game at the Super Dome after Katrina. The Saints won in dramatic fashion and it felt as if all of America was cheering for them.

Who are some notable players or figures from the New Orleans Saints?

Archie Manning was selected by the Saints as the second overall pick in the 1971 draft. He played quarterback for the Saints for each of the next ten seasons, a period during which the Saints had a losing record every year but one… 1979 when they went .500. Although Manning did not preside over any winning teams, he was widely loved and respected. Other teams defensive players even claimed to have taken it easy on him because his offensive linemen were so bad at protecting him. Manning received recognition for his fine play despite his lack of on-field success. He continues to be beloved by New Orleans Saints fans, despite his having fathered two great quarterbacks, Peyton and Eli Manning who have played against the Saints for the past twenty years.

Drew Brees is the exception that proves the rule in several different ways. Listed as six feet tall, he’s the rare successful “short” quarterback that proves the rule that you have to be 6’3″ or taller to succeed at that position in the NFL. Great quarterbacks are so valuable in the NFL that as a rule, they don’t change teams until they are way past their prime. Brees proved to be an exception to that rule when he left San Diego in 2006 to play for the Saints. Since coming to the Saint, Brees has “led all NFL quarterbacks in touchdowns, passing yards and 300-yard games” and also led the team to a Super Bowl win. Brees was in a strange position coming to New Orleans in the season after Hurricane Katrina. He embraced it, moved his family to the city, and went about making himself as helpful to the city’s recovery as he could. Thanks to that effort in addition to his fine play, Brees is a much loved symbol of modern New Orleans.

Where do the New Orleans Saints play?

Imagine you’re about to go on a blind date and all you know about the person is that he or she is a New Orleans Saints fan. Here’s what you can guess about that person. Remember that all fans are unique. We bear no responsibility for any misunderstandings we engender. Trust but verify.

Thinking about heading out to the club after dinner? Your date will be the life of the party. Chances are, she has a set of beads in her back pocket or a fancy feather headdress in his.

What will make a New Orleans Saints fan squirm?

Argue that now that the post-Katrina era is over (this will already make a Saints fan start sputtering in anger), it’s time to admit that New Orleans is too small of a market to support an NFL football team (by now they will have switched from sputtering to actively throwing whatever is at hand.)

Team colors are black, Old Gold, and white. Their current uniforms look like this. 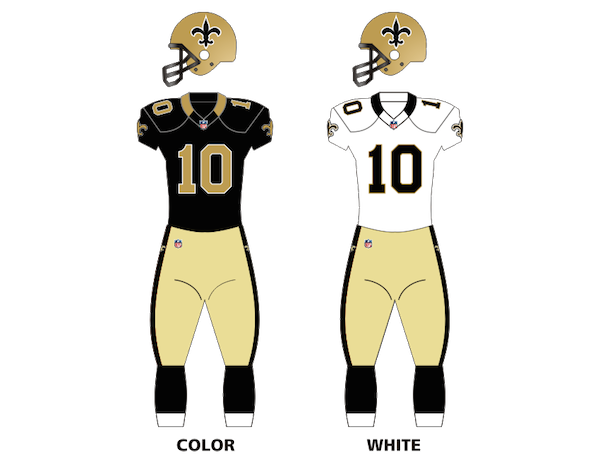 Coming soon — a post about the 2015 New Orleans Saints including an overview of their most interesting characters as well as what fans expect from the team this year.