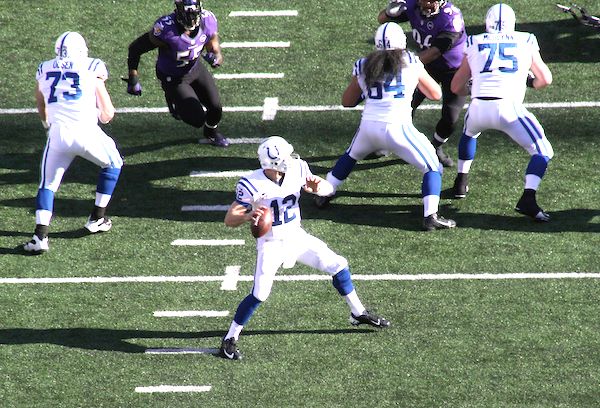 The Indianapolis Colts have a proud history which traces back to their Baltimore past, even if the move was divisive. Their simple, elegant, blue and white uniforms have barely changed since the 1950s. They are a largely stable organization that has had incredible luck (no pun intended) and skill in transitioning from one franchise quarterback to the next. They play in a dome, which lends itself to offense and passing oriented football.

Who are some notable players or figures from the Indianapolis Colts?

Jim Irsay is the current owner of the Indianapolis Colts. He inherited the team from his father, who purchased the Colts when Jim was 12. After college, Jim went to work for his father and the Colts and has been there ever since. He became General Manager and Vice President a month after the team left Baltimore (perhaps his Dad was protecting him from having to be involved with that ugly chapter) and he took over completely in 1995 when his father suffered a stroke. Not everything has gone smoothly for Irsay though. After his father’s death, he had a legal battle with his stepmother for control of the team. He also struggles with addiction and has had several high profile lapses leading to stints in rehab and temporary bans from the NFL.

Johnny Unitas/Peyton Manning/Andrew Luck are the three great quarterbacks in Colts history. Unitas played for the Colts from 1956 to 1972. He was a prodigious passer, setting records left and right and helping to cement the dominance of the pass in the modern era of the NFL. He led the Colts do a sudden death victory in the 1958 NFL Championship game, which is often referred to as the “greatest game ever played.” Later in his career, he was knocked out of the Colts first Super Bowl victory during the 1970 season, but not before throwing a record setting 75-yard touchdown pass. He was inducted into the Hall of Fame in 1979. When the Colts moved to Baltimore, he was so outraged that he refused to have anything to do with them and started lobbying the NFL to return to Baltimore. This didn’t stop Peyton Manning, the quarterbacking savant the Colts drafted number one overall in the 1998 NFL draft, from paying tribute to Unitas at every chance he got. Although Manning struggled in his first season with the Colts, by his second season, he had earned his first of fourteen Pro Bowl honors in sixteen years. Manning led the team to a 13-3 record and a division title. Over the next 11 seasons, the Colts would be under .500 only once, win seven division titles, and a Super Bowl. Manning would set all kinds of quarterbacking records while also playing as a modern-day version of Unitas, who called all his own plays. When Manning missed the 2011 season with an injury, the team went 2-14, the worst record in the league. This earned them another first overall draft pick, which they used on Andrew Luck, a quarterback from Stanford. Manning moved on to Denver and Luck took over the team. So far, he’s been great and it looks like the Colts have picked themselves another winner at quarterback.

Where do the Indianapolis Colts play?

Imagine you’re about to go on a blind date and all you know about the person is that he or she is a Indianapolis Colts fan. Here’s what you can guess about that person. Remember that all fans are unique. We bear no responsibility for any misunderstandings we engender. Trust but verify.

Your date is spoiled rotten by the Colts success at quarterback. If you claim to be good at something (go-cart racing, sautéing spinach, surgery) you better be really good at it or your date will not be impressed.

What will make a Indianapolis Colts fan squirm?

Sympathetically remark that it’s a surprising shame that the Colts only won a single Super Bowl in the Manning era — that with all the success the team had, it would have been nice to win at least two.

Team colors are royal blue and white. Their current uniforms look like this. 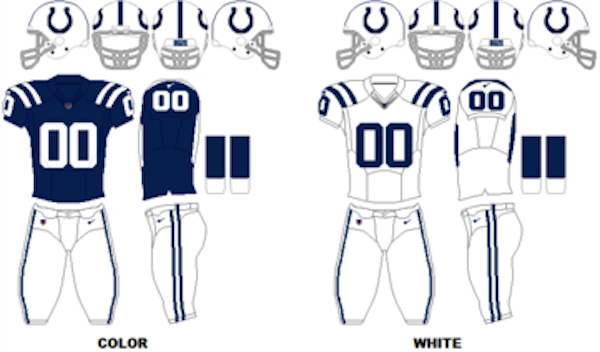 Coming soon — a post about the 2015 Indianapolis Colts including an overview of their most interesting characters as well as what fans expect from the team this year.