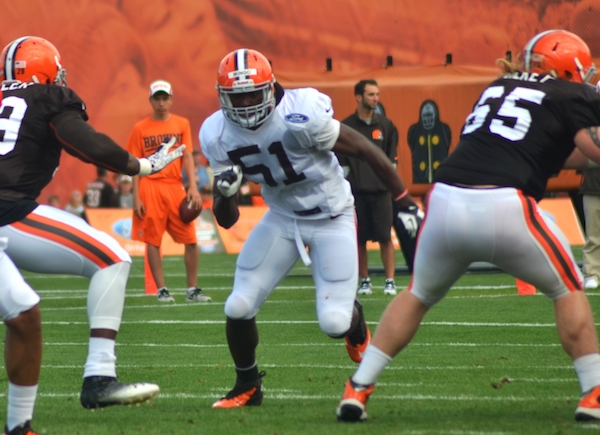 It’s a real shame that many NFL football fans only associate the Browns name with the newer edition of the team. The new Browns have faced similar issues to many expansion teams. It’s hard to build a winning roster and culture from scratch. The shame is that in all the commotion with moving the team to Baltimore and then recreating it in Cleveland, a proud, albeit not entirely successful franchise has been reduced to a laughingstock.

Who are some notable players or figures from the Cleveland Browns?

Otto Graham is the answer to the question, “Wait, the Browns went to the championship game every year between 1946 and 1955 and won seven of them… who the heck was their quarterback?” Graham was one of the pioneers of the position. At the end of his career, in 1955, he left the Browns with a 114–20–4 record. He still holds the record for longest average pass completion. Graham was a renaissance man who was proficient as an instrumentalist on piano, violin, french horn, and cornet. He was also a great basketball player.

Jim Brown was the game’s greatest running back during his short career with the Cleveland Browns. Drafted by the Browns with the sixth overall pick in the 1957 NFL draft, Brown played his entire nine year career in Cleveland, where he set many, many records, even career records for running backs despite his abbreviated career. Brown retired abruptly before the 1966 season due to a disagreement with then owner, Art Modell. Modell was annoyed that Brown had missed part of training camp because of his role as an actor in the the movie The Dirty Dozen. Brown got annoyed (or more) at Modell and simply retired from football at the age of 29. Since his retirement, Brown has remained a cultural figure, particularly as a strong voice for racial justice.

Where do the Cleveland Browns play?

Imagine you’re about to go on a blind date and all you know about the person is that he or she is a Cleveland Browns fan. Here’s what you can guess about that person. Remember that all fans are unique. We bear no responsibility for any misunderstandings we engender. Trust but verify.

The experience of having had their team taken away, only to have it come back reinforced the lesson that good things come to those who wait. Of course, if they think the new edition of their team is a good thing, you’re in luck — you’ve got an optimist on your hands!

What will make a Cleveland Browns fan squirm?

Mention Orlando Brown (yes, another Brown), nicknamed Zeus, who had his career with the Browns shortened in a terrible accident when an official’s penalty flag hit him in the eye and nearly blinded him. Tragic.

Team colors are orange, brown, and white. Their current uniforms look like this. 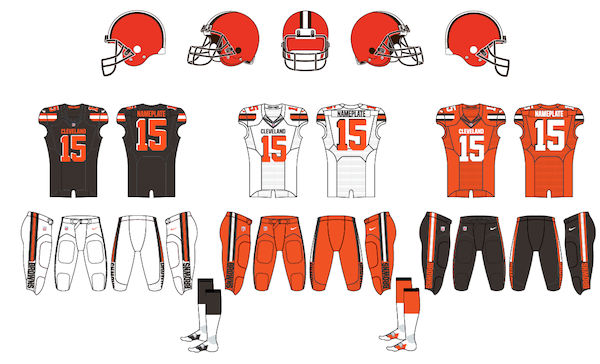 Coming soon — a post about the 2015 Cleveland Browns including an overview of their most interesting characters as well as what fans expect from the team this year.