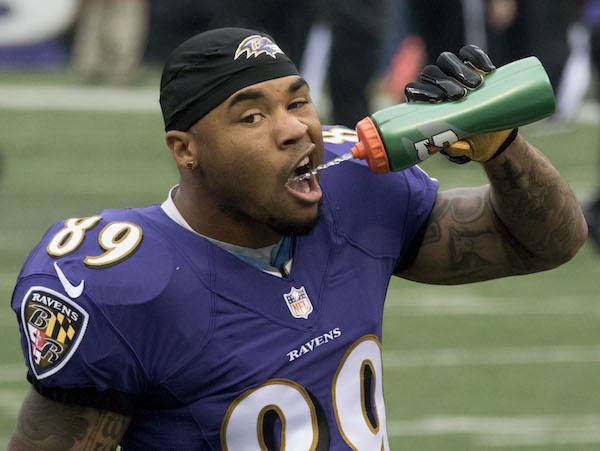 National Football League (NFL) previews abound at this time of year. We’re close to the start of the 2015 NFL season and basically everyone in the sports world is in a tizzy, anticipating another great season of the country’s favorite sport. Whether you’re a beginning NFL fan, the family member, friend or partner of an NFL fan, or simply someone who doesn’t follow the league during the offseason, our team previews should get you ready for the season to begin.

If you’re curious about the history and culture surrounding the team, and not just the plot and characters of this edition of the team, read What’s special about the Baltimore Ravens?

How are Baltimore Ravens fans feeling heading into the 2015 NFL season?

When are the Baltimore Ravens on national television?

Use this to know when you should host a party with locally (or favorite team-ily) themed food!

When is the Baltimore Ravens bye week?

Use this to know when to plan that camping trip you’ve been wanting to go on.

What was the Baltimore Ravens record last season, in 2014?

Who are the Baltimore Ravens most important departed characters?

Haloti Ngata, the ferocious, oversized defensive lineman who has been central to the Ravens success on defense for the past nine years, is gone. In the style of defense that Baltimore plays, with only three offensive linemen, having a player as versatile and disruptive as Ngata is a must. It won’t be one but rather a combination of players who tries to replace him.

Who are the Baltimore Ravens most important new characters?

Disgraced Bears Head Coach, Marc Trestman, who was fired after last year’s debacle has joined the Ravens as offensive coordinator. Trestman inherits a good offense and is expected to make it even better, especially given the speedy new receiving threats on the team: wide receiver Breshad Perriman and tight end Maxx Williams. Perriman, drafted 26th overall by the Ravens, is blisteringly fast. Williams, drafted in the second round, is a third generation NFL player.

Who are the Baltimore Ravens most important characters?

Pint sized wide receiver, Steve Smith Jr. has announced that he will be retiring at the end of this season. While that may be comforting for opposing defenses to know, they won’t get to enjoy it this season. Everything we know about Smith from his already epic career suggests that he wants to go out, not just with a bang, but with a series of giant explosions that start on the first snap of the season and don’t end until the Ravens win the Super Bowl.

What is the most pivotal pivot point for the 2015 Baltimore Ravens?

How will the 2015 Baltimore Ravens fare?

The Ravens will be solid, but not great. With all the new characters, it’s more likely they’ll be good this year and great next season.