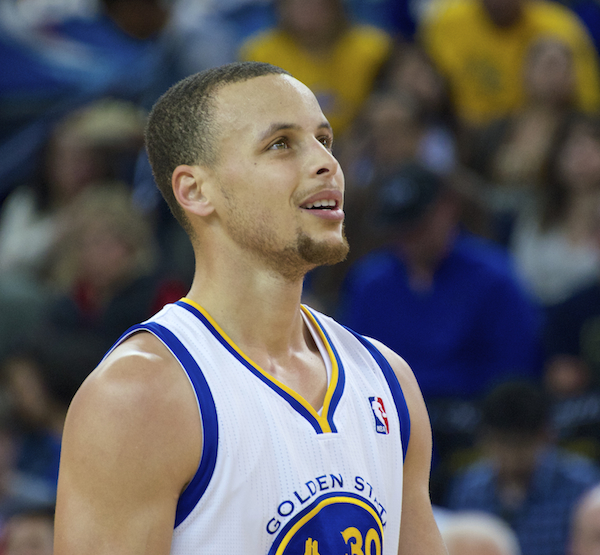 The 2015-2016 National Basketball Association (NBA) season started yesterday. This offers a great opportunity to write about the current state of the NBA and one of the most persistent myths about the league. If you talk to enough people about sports as often as I do, you get used to hearing people say they “don’t like the NBA because the play is (or the players are) too selfish.”

There are two ways of interpreting that comment: a cynical way and a way that gives the benefit of the doubt to the person making it. Let’s start by giving the benefit of the doubt to critics of the NBA. Viewed in the best possible light, the criticism of the NBA as selfish is based on a belief that there is less passing in the NBA than there should be or than there once was. In the eyes of these critics, NBA basketball is typified by a player dribbling the ball up the court, telling his teammates to get out of the way, trying to beat his defender one-on-one, and then shooting the ball. In basketball terms, this is called an “isolation” or “isolation basketball.”

The truth is, isolation basketball has been on the decline for the last twenty years of NBA history and is now almost universally recognized as a losing tactic. Kirk Goldsberry, Grantland’s chief basketball illustrator and an excellent writer as well, wrote an article recently that summarized the shift in tactics from isolation ball to today’s NBA and explaining its statistical underpinnings. It is a wonderful article – clear and even poetic – and it explains why isolation ball, particularly when it leads to two point shots that aren’t layups or dunks, has become a tactic used only by the most clueless organizations. He writes with the strength of quantitative evidence:

and also gives compelling anecdotal support to the theory. He quotes San Antonio Spurs coach Gregg Popovich as saying of today’s basketball, “You move it or you die.” Popovich is the most well-respected modern coach. He is seen as a guru of team building and on-court tactics. When he says, “you move it or you die,” he’s arguing that winning basketball has its foundation in teamwork and passing; in trust and interdependency. Want hard evidence? Look at a team assists statistic from last year. The team with the highest assist ration, the Golden State Warriors, won 67 regular season games (out of 82, by far the most in the league) and the championship. The team with the second highest assist ratio, the Atlanta Hawks, won the second most games in the league and made it to the Eastern Conference Championships before losing.

Even if the tactical shift in the NBA were in the opposite direction — toward isolation – it’s not altogether clear to me why that would be thought of as selfish. Selfishness has to do with intent. Tactics have to do with winning. If the tactic most likely to result in a victory involved giving the ball to a single player and asking him to do everything, then that would be the correct tactic. It would involve an incredible amount of unselfishness on the part of that player’s teammates, who would be asked to do the hard work of playing defense and setting picks, and on the part of the coach, who wouldn’t get very much acclaim for taking such a simple tactical approach. Maybe most of all, it would take unselfishness on the part of the player being asked to “carry the load” as they say in sports-lingo. Taking a majority of your team’s shots is exhausting. Carrying the ball up the court and taking every shot requires an almost super-human effort. This is close to what LeBron James was asked to do for part of last year’s playoffs because of injuries to his teammates and it clearly took a toll on him. He’s an incredible athlete, but even he had was visibly drained by the effort. Watching him force himself to keep handling the ball, keep driving to the hoop, and keep shooting when his body was telling him it would be easier to pass it up was a great lesson in unselfishness.

The last element of the question of selfishness in the NBA is the most delicate. In some ways, the criticism has nothing to do with tactics. The word selfish is a racially loaded word. I’ve written about this before. As basketball shifted from being a professional sport dominated by white and Jewish athletes to being one dominated by African-Americans, its default criticisms shifted as well. This is when basketball started being criticized as being selfish… and thuggish… and a whole bunch of other things that black people have been unfairly labeled as during the complicated and unfortunate racial history of our country.

It’s time to stop this. From now on, let’s all be more aggressive in our response to people who say they don’t like the NBA because it is selfish. They may not be racist — probably aren’t, in fact — but they are parroting a critique with a very bad history that isn’t at all, not even if you squint, supported by the actual evidence of what is going on in the NBA.