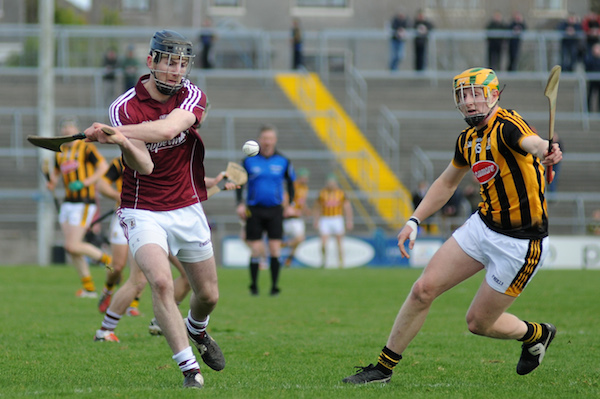 I’m going to see my first hurling game ever tomorrow at Fenway Park in Boston. I’m excited for the Irish food and music. I’m sure I’ll enjoy the game too, but I have no idea what it’s like. How does the sport of hurling work?

What a coincidence, I’m going to see my first hurling match tomorrow at Fenway Park as well! It’s like you’re inside my head! Hurling is an ancient Irish sport, thousands of years old. It’s so old in fact, that many more common sports contain elements of hurling in how their games work. As a result, hurling feels like it’s a Frankensport, made up of many little parts of other sports. That’s really the easiest way to understand it, even if in truth, it’s the other way around.

Hurling is played on a giant rectangular field. Games are 70 minutes long, split into two 35 minute halves. A hurling field is one and a half times longer than a football field and almost twice as wide. Each team has fifteen players on the field at a time. Each player has a stick. The stick looks a little like it was created by taking a field hockey stick and smushing the thick, rounded end to create a flatter, wider surface. Another way to think about it is as if you took a lacrosse stick but replaced the pocket with a flat piece of wood. Players do wear helmets, but other than that there’s no protective padding. There are two goals, which look very much like soccer goals, on their side of the field. Unlike soccer goals, but very much like football uprights, there are tall posts that extend up from either side of the goal. You may have seen this on high school or college fields that are used for both soccer and football. In hurling, both elements of the goal are in play simultaneously. Finally, there’s a ball that’s marginally smaller than a baseball and is constructed in roughly the same way — leather stitched around a cork center.

The object of the game is to get the ball between your opponent’s goalposts. If the ball goes into the soccer-like part of the goal, it is worth three points and called a goal. If the ball goes between the upright above the crossbar, as in a football field goal, it is called a point and worth, you guessed it, one point. This is fairly straightforward, especially compared to how some other sports score their games. There is, however, a complication. Hurling has a very unique way of expressing the score. Instead of adding the points to create a single score, like we’re used to in basketball (a three pointer plus a two pointer equals five points) or football (a touchdown plus an extra point plus a field goal equals ten) hurling keeps goals and points separate. The score of a team that made two goals and five points is written as 2-5. If they played against a team that scored one goal and nine points, the final score would be written as Team A 2-5, Team B 1-9. The total amounts are added to figure out who won — in this case, Team B won by a total score of 12 points to 11 — but they’re not written that way.

The game will probably look quite chaotic to both of us. That’s normal when watching a sport for the first time. In terms of rules, the most important thing to understand is how players are allowed to interact with the ball. Like basketball, players cannot simply run with the ball in their hands. A player with the ball is allowed to take four steps but after that, they must bounce the ball on the end of their stick to continue running. They are allowed to catch the ball off their stick and run another four steps if need be, but this catch and run is only allowed three times consecutively. The ball cannot be picked up off the ground but must be scooped up with the stick. Players are not allowed to throw the ball, so passing and shooting must be done with the stick or by slapping the ball with an open hand.

I think that’s most of what we’ll need to enjoy the game tomorrow. Maybe I’ll see you there!