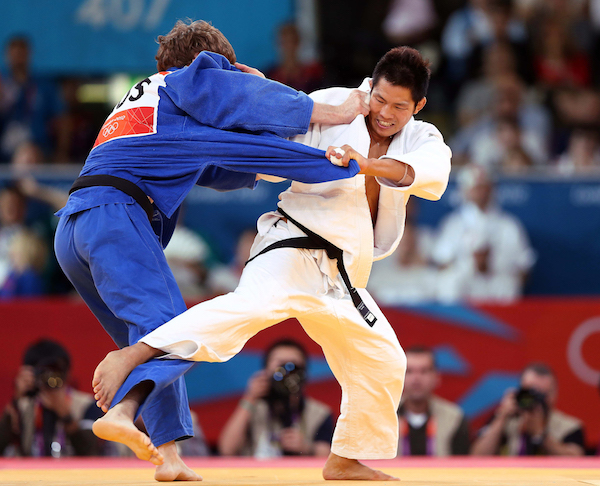 Why are there two bronze medals given out at the Olympics in Judo?

Whoa! I didn’t know about that. I knew that there could be two bronze medals given out (or two or even more gold or silvers) in the case of ties, but I didn’t realize that an event could choose to always give out two bronze medals. Judo does just that. I’m not sure I can tell you why this is, but I can tell you how it works, and then venture a guess about why.

I wrote about repechages at the Olympics the other day. A repechage is a competition that gives athletes who have already lost a second chance to advance to the next round in an event. Judo uses something very similar. The first few rounds of the judo tournament are normal single elimination. Lose, and you’re out. Once the quarterfinals begin, however, things get a little funny.

The four winners of the quarterfinals go onto the semifinals. They compete against each other and the two winners move to the finals. Meanwhile, the four quarterfinal losers go to a repechage-like round where they fight each other. The two winners of that advance to play against the two semifinal losers. This results in two matches, each of which pit one semifinal loser against one quarterfinal loser who then went on to win the repechage. Since these are parallel bouts in all ways, each of them is for a bronze medal!

This might be easier to understand visually. The bold letters win their matches.

Now, why judo does this is another story. My guess is that it’s because judo is not a naturally competitive sport. The Wikipedia entry on Judo has an illuminating quote from the activity’s founding father, Kanō Jigorō:

For one thing, judo in reality is not a mere sport or game. I regard it as a principle of life, art and science. In fact, it is a means for personal cultural attainment. Then the Olympic Games are so strongly flavored with nationalism that it is possible to be influenced by it and to develop “Contest Judo”, a retrograde form… Judo should be free as art and science from any external influences, political, national, racial, and financial or any other organized interest. And all things connected with it should be directed to its ultimate object, the “Benefit of Humanity”.

Maybe, just maybe, in the competitive desert that is the modern Olympics, judo’s granting of two bronze medals is an oasis of anti-competitive spirit.