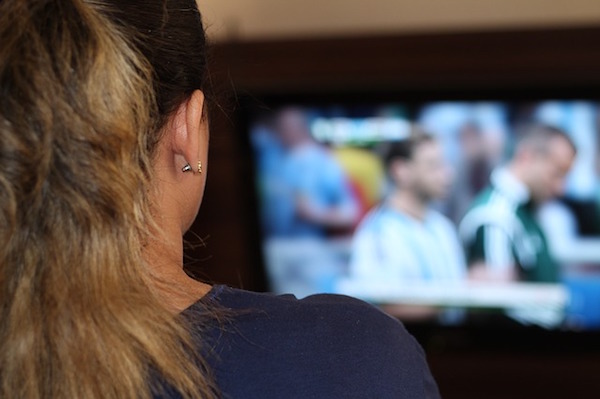 Some friends of mine just canceled their cable subscription and replaced it with one of those fancy new internet streaming TV services. They’re saving a ton of money but they’re not sports fans. I am. Can a sports fan become a cord cutter?

It’s a funny coincidence that you sent me this question today. I just cut the cord myself this weekend, and you know I’m a sports fan! Yes, in today’s market, even many sports fans can switch from cable to a streaming TV service without losing the ability to watch your favorite teams play. Here’s a quick overview of what streaming TV services you should consider, how you should make your decision and what you might stand to lose, and finally some thoughts about the costs and benefits of cutting the cord.

You may have heard of Sling TV. They got into the streaming TV game first. They also have, at least for sports fans, a very strange way of packaging their channels. They have two options — Sling Orange ($20) and Sling Blue ($25). The problem for us sports fans is that Sling Orange has ESPN and ESPN 2 and Sling Blue has Fox Sports 1 and 2 and NBC Sports Network. So, you’ve got to get both. For an extra $10 you can get NBA TV, NHL Network, the Redzone channel, etc. That’s $55 total.

Another option is DIRECTV NOW. Run by a company that has long been a favorite of sports fans, at least those of the football variety, DIRECTV NOW has four packages ranging from Live a Little at $35 to Gotta Have It at $70. Amazingly enough, the cheapest package has most of the sports channels you would want: ESPN and ESPN2, Fox Sports 1, NBCSN. The Go Big package at $60 gets you NBA TV and NHL Network, etc. The NFL is, alas, nowhere to be seen.

YouTube TV is the newest entry into the market and, I’m guessing based on the power of the company behind it, (the company formerly known as Google,) will soon be the best bet for most people. Alas, as of writing this, it was only available in 14 cities in the U.S. and I don’t live in one of them.

Playstation Vue is the service I decided to go with. It has four packages ranging from Access for $40 to Ultra for $75. The Core package, for $45 has ESPN and ESPN2, Fox Sports 1 and 2, NBCSN, NBA TV, NHL Network, MLB Network, and the NFL Network.

All of these services are around the same price and offer a similar selection of channels. Playstation Vue was my choice because, where I live, they have what seems to be an exclusive deal with the dominant regional sports network, NESN. On any of the other services, I wouldn’t be able to watch any of my local NBA, NHL, or MLB games. Now, I don’t happen to be a Celtics, Bruins, or baseball fan but my partner is and it’s important for her to get to watch her teams as well! Regional sports networks — often owned by the local cable company — are the last riskiest part of switching to a streaming service. As you can guess, these networks often don’t have any incentive to cut a deal with a streaming service that’s just going to lure customers away from their parent company. All of the streaming services have a spot where you can enter your zip code and see if your regional sports network will be carried. If you can’t find yours… that may be a good enough reason not to cut the cord! If that’s you, look again periodically or set a Google Alert. These deals seem to be happening more frequently now.

A last note on what you might stand to lose: I haven’t done any in depth comparisons between streaming and cable, so I don’t have a strong sense of whether the streaming service lags more than cable does. (Cable does lag — I remember watching my Rutgers football games on the TV in my living room in college and hearing (rarely) the cannon fire in celebration of a home touchdown and then seeing the play happen on the screen. Talk about spoilers!) The picture quality is quite good, but I plunked down $90 to get the Roku Premiere Plus that has an ethernet connection so I didn’t have to worry about wifi. I can attest to the interface in general being less satisfying than the kick-ass Comcast Xfinitity interface and the DVR not quite working as well. (Editor’s Note: The DVR really doesn’t work very well.)

What’s the benefit then? Well, I am saving $80 a month without losing any of the channels I care about outright. That’s a big benefit from my point of view! I’ll actually end up saving a bit more because I’ll be using less energy. They’ve improved in the past five years or so but cable boxes, particularly those with DVRs are still shockingly power-hungry devices. Most range from 20-30 watts of power regardless of whether you’re using them. The Roku I bought uses 4-6 watts of power and one of those streaming sticks that connect to your TV through USB probably use even less! Using less power is a good thing regardless of the money.

Is there a downside? I can almost always think of a downside. In the case of streaming TV, I have a couple of concerns. Although it’s expensive, one thing I like about the cable TV model is that, by refusing to create customizable or slim packages, they force fans of all different types of entertainment to subsidize each other’s love. Sports fans pay for The Bachelor to be made and fans of Chopped pay for the production costs of 24. Destroying the bundle inevitably means destroying less popular or less mainstream channels and shows. Cable TV money is also one of the drivers of the sports industry in particular. Cable companies pay massive amounts to sports leagues in order to get the exclusive rights to carry local games. If they get undercut by streaming services, those contracts could become less lucrative. Without that money, leagues may have to contract or pay athletes less. Pay the athletes less… and the quality of the competition may go down.

Now that my fear-mongering is done for the night, I’m gonna kick back and see what sports are streaming right now. 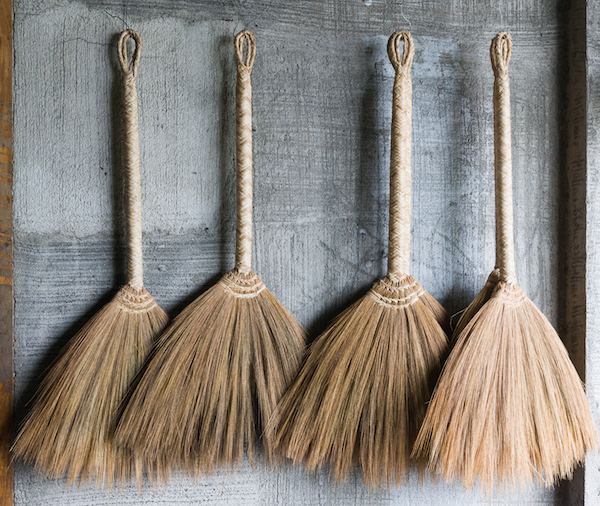 I’ve been following the NBA playoffs and have heard announcers talking about one team sweeping another. What does that mean?

When one team wins all of its games against another team in a particular set of games, it is said to have swept the other team. The reason you’re hearing it so much now is that the NBA playoffs are organized into best four out of seven series. For a team to move on to the next round of the playoffs, it must beat its opponent four times within those seven games. If it were a set of three games instead of seven, a team would have to win a majority of two out of the three to win the series. If a team gets to having won a majority of the games in a series by winning consecutive games, they have swept the series.

You’ll hear talk about sweeps most often in sports that organize their games like basketball does. The NHL and MLB playoffs also are organized around seven game series. In the NFL, where the playoffs are single elimination, you may still hear someone talk about a team sweeping a “season series ” against another team. This means the team won all (usually it is just two) games against a particular opponent even if the games were not consecutive.

Being swept is seen as humiliating in professional sports and players are determined not to let it happen to them. It’s actually fairly common though — as of 2009, 18% of NHL playoff series ended in a sweep. In this NBA playoffs so far, there are four teams at risk for being swept: the Celtics by the Knicks,[1] the Bucks by the Heat, the Lakers by the Spurs, and the Rockets by the Thunder.

If you’re having trouble remembering what a sweep is, here are two possible derivations that might help. One possibility is that the usage comes from the image of using a broom to sweep your opponent out of the way — that opponent put up so little fight that you could use the broom instead of having to pull a mop out or get on your hands and knees to scrub. Another possibility is that this usage shares a derivation with the word sweepstakes — a contest where one party sweeps all of the possible winnings into their lap — the image of one of those miniature shuffleboard sticks that roulette dealers use comes to mind.