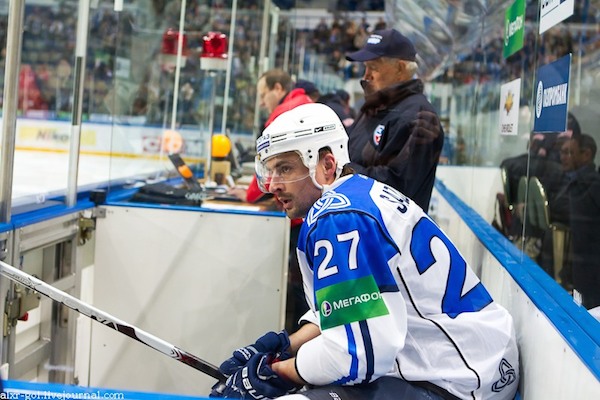 What’s the difference between a major and a minor penalty in hockey? Is it just how long the penalty is?

Ice hockey has one of the most colorful ways of penalizing players for misdeeds on the ice. The guilty player is sent to sit, alone, on the other side of the ice from their teammates, in a little glass-enclosed prison called the penalty box. While they are there, their team (usually) has to play a player (basically everyone, even in women’s hockey, says “a man down” but we’ll use the more egalitarian “player”) down. Duration is one difference between a major and a minor penalty in hockey, but it’s not the only one. There are actually a few more key types of penalties in hockey: minor, double minor, major, and a confusing category that includes misconducts, game misconducts, and match penalties. In this post, we’ll run through each type of penalty and its consequences.

What is a minor penalty in hockey?

The minor penalty is by far the most common penalty in hockey. It’s given for infractions like tripping, obstruction, goalie interference, and the less violent forms of cross-checking, high sticking, boarding, etc. A minor penalty sends a player to the penalty box for two minutes. During that time, her team will play with a four player unit on the ice called a penalty killing unit, while the other team plays with five players on an offensive-minded power play unit. If a goal is scored by the team with the extra player, during the two minute penalty, the rest of the penalty time is negated and the teams return to even strength — five against five. If another player on the same team commits a penalty while his teammate is still serving a two minute minor, that player joins his teammate in the penalty box and their team plays two players down. The resulting 5-3 power play often results in a goal. If the goal is scored during the 5-3, only the first player to commit the penalty leaves the box, and when play resumes, there will still be a 5-4 penalty.

What is a double-minor penalty in hockey?

A double-minor is exactly what it sounds like — two minor penalties assessed to a single player. This could be for two separate acts. For example, a player could be called for tripping, feel as though it was the result of a dive, get angry at the player who he thinks dove, start a scuffle with that player, and be assessed an additional minor penalty for roughing. The result would be a double-minor: two minutes for tripping and two minutes for roughing. More common is a double-minor assessed for a single act whose violence merits more than two minutes of penalty time. Double-minors are relatively rare and the majority of them are for a single offense: high sticking. High sticking, when one player’s stick hits another player above the shoulders not as part of the follow-through from a shot, is a two minute, minor penalty… unless the player who got hit with the stick bleeds. In that case, it’s a double-minor. This is why you’ll often see a ref go over to examine the player who took the stick in the head or face. Fans of that team will often be rooting for blood to appear. It’s a weird rule. A double-minor behaves like two independent minor penalties, one after another. If a goal is scored during the first two minutes, whatever time is left on that penalty is forgiven and the second two-minute penalty will begin as soon as play resumes. If a goal is scored during the second two minutes, the rest of that penalty is wiped out and the player leaves the penalty box.

What is a major penalty in hockey?

A major penalty is generally one given for a violent infraction with intent. Most are more serious versions of minor penalties. For example, cross-checking, boarding, elbowing, charging, may all be given in minor form or as a major. A major penalty comes with five minutes of penalty time. Five minutes is a lot, but there’s another reason that major penalties are so punitive. Major penalties can never be wiped out by a power play goal. Unlike in a minor or double-minor, when the team with the extra player scores during a major penalty, the penalty continues. No matter how many goals the other team scores, they continue to play with a numerical advantage until the five minutes are up. A major penalty is the one given for fighting, but because fighting always involves two players equally, the two major penalties cancel each other out. Although the two players involved do have to sit in the penalty box, their teams are allowed to continue playing five on five as they would otherwise do.

These three forms of penalty are a little complicated but they’re basically all given to players who do dumb shit on the ice. Their primary purpose is to get a player off the ice for either ten minutes (the misconduct) or the rest of the game (game misconduct and match penalty). None of them result in a power play but they’re often given in conjunction with a minor or major penalty. For example, a player who throws a particularly dangerous elbow may be given a major and a match penalty. Both the game misconduct and match penalty result in throwing a player out for the rest of the game but they have different implications for fines and suspensions after the fact. All three types of penalties are relatively rare, but you will see them if you keep watching hockey for long enough.

Hopefully this gives you a sense of how the major (no pun intended) forms of penalties work in hockey. The primary difference between them is duration, but what happens when a goal is scored during the resulting power play is another important factor.