What does “links” mean in golf?

The term, “links” has two meanings within golf. It is used generally to refer to the course that golf is played on. A golfer might say to a friend of hers, “sorry, I can’t come over and collect kindling with you because I’m going to hit the links today. It also has a more technical meaning, referring to a particular type or style of golf course. If you haven’t ever bothered to dig into the history of the word links, you might find it easy to invent reasons for its general meaning. Viewed from above, a golf course, with its many kidney shaped fairways and greens, can look a little like a string of sausages. Perhaps that’s why it’s described as links? If you’ve never seen it written, you might think that it’s not “links” but “lynx,” the genus of small, predatory, wild cats. Why a cat? Who knows? Half of golf terms seem to be birds, so why not throw a cat in there? In truth, the history of the use of the word “links” in golf can be traced all the way back to the very beginning of the sport.

Although the very first golf-like games may have been played in what is now the Netherlands as early as 1261, golf historians tend to trace a direct line from Scotland in the 1400s to today. Golf must have been a fairly common sport by the mid-1400s and just as addictive as its modern counterpart, because in 1457 it was officially prohibited by the King of Scotland. Early golf enthusiasts faced several difficulties. As we already know, golf was outlawed at times, but even when it was legal, you needed a lot of uninhabited, non-farm land to play it on. The solution that many Scottish golfers found was to create courses near the shore, where the earth was sandy and the water brackish. Useless for farming, this land was ideal for the sport in many ways. The grasses that grew tended “to have short blades with long roots,” which made it hearty enough to survive being hit with clubs and balls, and when nibbled short by livestock, smooth enough for the ball to run on. The hard ground also encouraged the ball to bounce and roll further. The landscape also came with many natural impediments to golf – wind and rain blowing in from the sea, small streams that ran through the land and sandier patches that stopped the grass from growing and the ball from rolling. Instead of resisting these features, golfers embraced the challenge, and indeed, water hazards and sand traps are the two main artificially created obstacles on modern golf courses. The word the Scots used to describe this environment was “links” which comes from the Old English, hlinc, meaning “rising ground” or “ridge.”

Golf is no longer illegal and there are courses spread around the world in every environment imaginable. Although it can be used as a general term, links has retained its meaning as being descriptive of a certain style of golf course set in a particular type of environment. The most obvious visual difference between a non-links and a links course is that a links course will have few or no trees. Unlike a modern course, where the fairways (a safer area to set up a golfer’s next shot, because it has shorter, more even grass) and the rough (the opposite) are easily visually distinguished by color and texture, on links courses they are more difficult to distinguish. The same goes for the course’s greens which, on modern courses are planted with very soft grass to make the ball slow down and roll, but which on links courses may be more similar to the rest of the course. Water and sand are the key obstacles in all styles of golf course, but on links courses, they are either naturally occurring or carefully designed to give that impression. A key difference on links courses is the presence of some very dramatic walls that hold a green back from a sandy bunker.

As a result of the topographical and environmental differences, success on a links course requires different techniques from other courses. Tina Mickelson addresses this on a post she wrote for the PGA website. She identifies three key differences:

Golf enjoys tradition as much as any sport and as such, there’s a certain prestige to links courses. The downside of this is that lost of golf courses that don’t really fit the description of a links course call themselves one anyway, for marketing reasons. The benefit of golf’s attraction to its own past is that it gives The British Open, the only major tournament always played on a true links course, the enjoyable and rosy glow of long history and tradition. 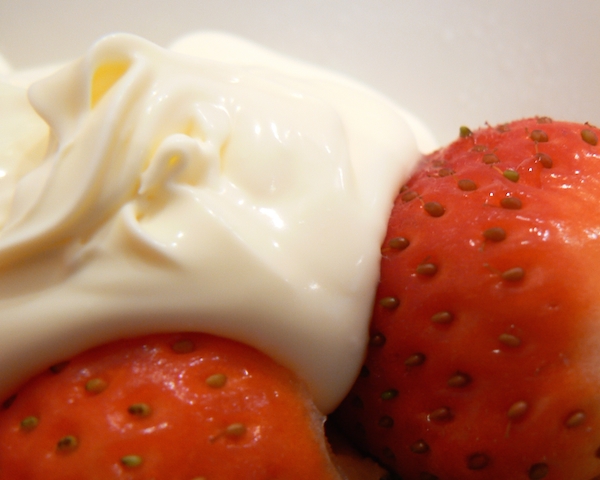 How did the tradition of eating strawberries and cream at Wimbledon originate?

According to the BBC Surrey the first time strawberries were paired with cream was in the 1500s at the table of Cardinal Wolsey. Wimbledon is the oldest tennis tournament in the world, but it’s not that old. There has been a tennis tournament since 1877 when “The All England Croquet Club” changed its name to “The All England Croquet and Lawn Tennis Club.” In the late 1800s, according to the New York Times, strawberries signified the beginning of summer. Soon after 1877 (and perhaps in part because of the pairing of tennis with strawberries,) tennis began to be associated with the start of summer as well. It’s unclear when cream was added to the mix. Jeanne Rose, writing for Yahoo claims that cream was “added into the food tradition in 1970.” Digging through the archives of The Daily Telegraph contradicts this opinion, as Martin Smith points out on sportingintelligence.com. He claims that “in 1881, just four years after the inaugural Lawn Tennis Championship, the Telegraph correspondent noted that as the Challenge final was about to begin, ‘the refreshment pavilion emptied directly…for strawberries and cream and even ices, notwithstanding that the heat of the sun was almost intolerable, had no charms for the enthusiastic multitude once the rivals were ordered to be ready’.”

Fuzzy derivation aside, one thing is clear: a lot of strawberries and cream are consumed during Wimbledon. The estimates vary but they seem centered around 60,000 pounds of strawberries and 1,800 gallons of cream (from eatocracy.) This year, in what is either a brilliant marketing ploy or a horrible degradation of tradition or both, Tesco has introduced a “calorific treat of clotted cream, jam, and strawberries” so that people throughout Great Britain can enjoy the traditional Wimbledon snack. We don’t have Tesco in the U.S., but making a little snack of strawberries and cream to eat in front of the television sounds like a great way to enjoy tennis to me!