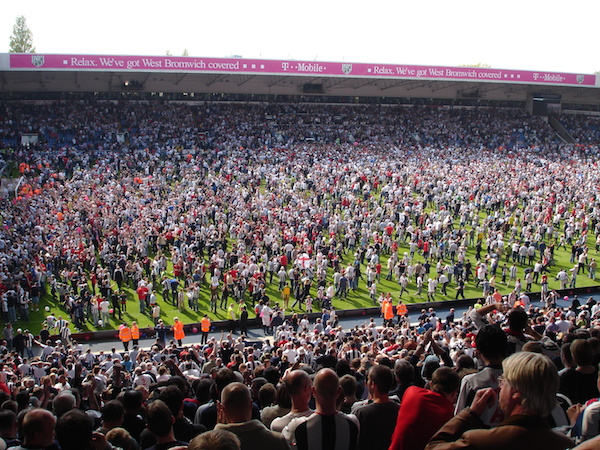 This article by Chris Ryan on Grantland is an exploration of relegation. Relegation is a rule that British soccer leagues have whereby the bottom few teams at the end of each season are actually replaced by the top teams in a secondary league for the next season. The financial benefit/penalty for moving up/down a league is enormous. There’s also a great amount of pride in your favorite team being in the top league. Relegation makes the season exciting not only for the few teams that have a chance to come in first place, but also for the teams that are at risk of being relegated out of the top league. I think it’s genius and I’d love to see some version of it in American sports leagues.

You may ask why seeing teams fall to pieces or make some kind of Icarus-like journey to the sunny climbs of top-flight football (only to again scrap for their league lives) can be as compelling as who wins the Premier League. But think of it as an inverted March Madness; a tournament of desperation and despair where Cinderella’s glass slipper turns out to have an anvil tied to it, dragging teams into the dreaded relegation zone, causing thousands of fans to reach for their Prilosec, lager, and rabbit’s feet.

One thought on “Chris Ryan on Relegation”