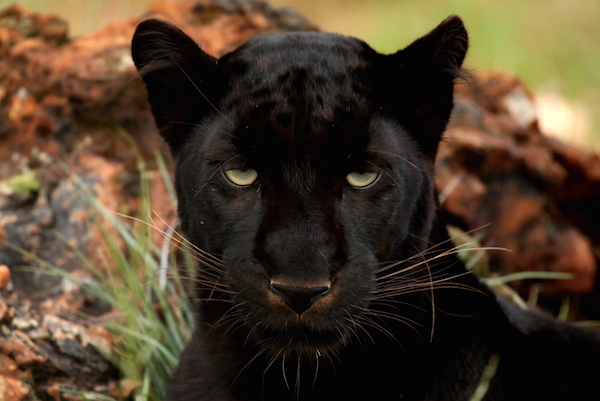 What is more scary —  a panther or a tiger?

Technically there doesn’t seem to be a single animal called a panther. Panthera is a genus[1] of cats which includes lions, leopards, jaguars, and tigers. In North America we also use the word panther to refer to the couger or mountain lion so I am going to assume that’s what you mean by panther. The panther is the second largest cat in North America (after the Jaguar, the South American form of Panthera) but it is more genetically akin to house cats than to lions. This shows in the sounds it makes. It cannot roar, but instead “hisses, growls, and purrs, as well as chirps and whistles.” It does not frequently attack humans although when it does it can be a serious problem. Full grown males can be up to 8 feet long and 220 pounds. By comparison, the largest tigers can be up to 11 feet long and weigh in at 660 pounds! They are the solitary animals and unusual for cats, they are strong swimmers that enjoy the water. According to wikipedia, “Although humans are not regular prey for tigers, they have killed more people than any other cat, particularly in areas where population growth, logging, and farming have put pressure on tiger habitats. Most man-eating tigers are old and missing teeth, acquiring a taste for humans because of their inability to capture preferred prey.” This really makes me feel good about our species…

Now in terms of sport, I can only assume that you are referring to the Carolina Panthers (NFL) and the Detroit Tigers (MLB.) The Detroit Tigers are having a pretty good season, having won 47 and lost 42 games so far. If the season ended today they would be half a game[2] out of a playoff spot. The Carolina Panthers on the other hand are spending the summer locked out by their owner. Last season they were by far the worst team in the league, only able to win 2 games out of 16.

A fun game to play is trying to categorize all of the team names in a sport. Take the NFL. You may think there are a lot of cat names, and there are: Bengals, Jaguars, Panthers, and Lions — but there are more birds: Cardinals, Seahawks, Falcons, Ravens, and Eagles. The largest category that I can come up with is wild west: 49ers, Redskins, Cowboys, Broncos, Chiefs, Colts, and Bills. Another category I enjoy is the mythical creature: Titans, Giants, Saints… How about industry? This category has a few teams: Steelers, Packers, 49ers (again,) Cowboys (again,) Raiders, and Jets (maybe.) Fun for the whole family!

Thanks for the[3] question,
Ezra Fischer

3 thoughts on “What is More Scary — a Panther or a Tiger?”