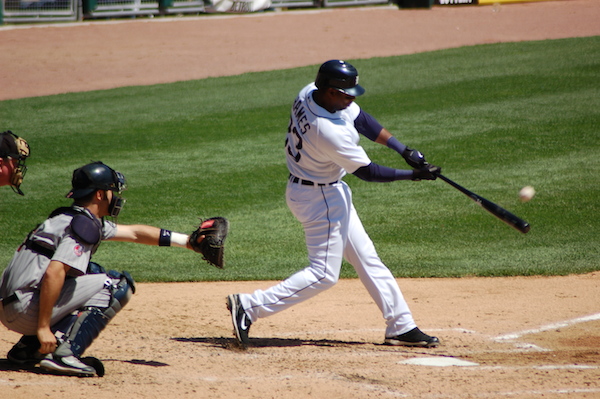 Can someone explain to me how batting averages are calculated, and what the .000 etc. means?

Things get more complicated when we start reasoning about what exactly the batting average percentage is made up of.

Got that? Right, so this really does seem needlessly complicated. And the problem is that the complication masks something really important. Batting average is a crappy measure! Check this out. According to batting average, these players are all exactly the same over 10 at bats:

All three players would have a batting average of .300 but you tell me which you would want on your team! Player B is obviously worse than A or C. It’s a close match between A and C for me — A is certainly a more powerful guy, but C managed to at least get to first base six out of 10 times at the plate. That’s remarkable! Since the 1970s there has been a slow but increasingly accepted revolution against batting average and many of the other traditional statistics led by the guys at SABR — the Society For American Baseball Research. They and their intellectual descendants have sought to replace the old stats with new, more meaningful ones with really silly abbreviations like: BABIP, DIPS, OPS, VORP, WAR, and the always important LIPS.

Those are a story for another time… until then, we’ll leave you with this:

6 thoughts on “How are Batting Averages Calculated?”