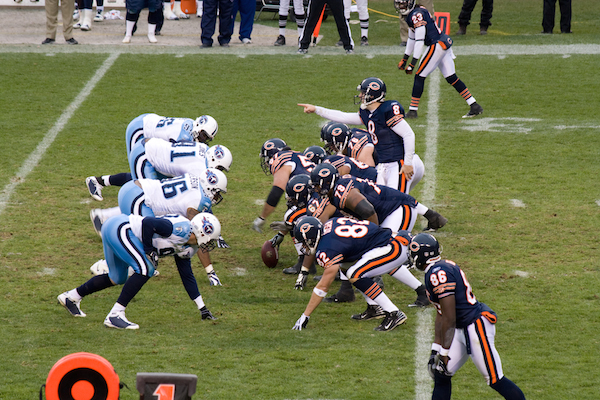 We’re more than a month away from the start of the NFL season, so why are the fans in my life obsessively reading about fantasy football now?

You’re absolutely right! While the first pre-season football game is tomorrow, the regular season does not start until after Labor day weekend. You’re also right that we fantasy football “owners” are starting to get into full-on research mode. There’s a few reasons for that, but first a quick refresher course on fantasy football.

Fantasy football is a game where real people bet real money on fake teams. These fake teams successes and failures are based on how the real people on their fake teams do in their real life jobs playing (real) football. Fantasy largely works as a compelling game because of its tie to the NFL which is itself extremely popular but also because it is a closed system where, although there is a large amount of luck involved, the time, work, and decisions that you put into it can have a real effect on how well something that you (and you alone) are responsible for does. It’s as close to owning a small business as many of us get.

Sometime before the NFL regular season begins, hundreds of thousands of people will gather in rooms with their laptops for their fantasy drafts. At the draft, people take turns either selecting or bidding on players for their teams. Once the season begins, owners can trade players with other owners, and not infrequently there are real players who were not initially selected in the fantasy draft that become useful to fantasy teams during the year. For the most part though, the players you get in the draft will make the difference between a successful year and an unsuccessful one. As an owner, you also have to live with these guys… for 16 weeks, you’re going to be more interested in watching them play than other players. You’re going to stress about their injuries. You will be covetous of their playing time. You will celebrate their touchdowns and bemoan their fumbles.

You can probably tell how important it is to get the right guys on your team but you might still be wondering what we could possibly be doing now… research! That’s right — the meat-head football fans are spending hours nose deep in books (well, websites mostly) reading about coaching changes, player movement, and other news about NFL teams. We’re reading thousands of words of opinion written by “fantasy football experts” who try to predict and project how players will do this year. We’re synthesizing all these projections into our own. We’ve got players divided up into tiers by position. We’re totally insane! To give you a glimpse of the far reaches of fantasy football minutia, I dare you to check out this forum conversation about how an obscure ruling on the way team statisticians assign and count tackles could effect the point production of real linebackers on your fake football team. For those too scared to click on the link, here is a direct quote from johnnyboy8102:

I have been watching the play by play in real time since 2001 and I have seen certain stadiums do the solo/assist method and others do the Assist/Assist method.

I can tell within the 1st few plays of a game which way the stat crew is going to go. The heavy assist teams (Washington and New England in particular) have been doing the assist/assist method. It is deciphered by a comma or a semicolon between the tackling players names. A comma gives a solo to the 1st player and an assist to the 2nd. While the semicolon gives assists to both players.

4 thoughts on “Why Are People Obsessing About Fantasy Football Now?”