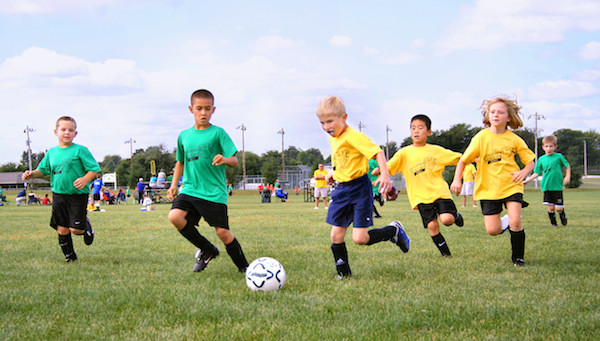 Can sports be liberal or conservative? Why does soccer seem so liberal?

What an interesting question. Sports definitely carry political overtones that vary from time to time and culture to culture. For instance, I spent a semester in Cape Town, South Africa during college. Although things are slowly changing, the political/racial meanings of sport set during Apartheid were still present. Football (soccer) is a black sport in South Africa while Rugby is an Afrikaans sport.[1] Cricket is also wildly popular although more so among the White/Coloured (it’s a technical term) population than among Black people. It’s all very complicated.

In the United States soccer is one of the more interestingly politically loaded sports. See this tongue-in-cheek article from Deadspin.com entitled “Soccer: The Liberal Plot to Destroy America.” Sure, NASCAR has a cartoonish identification with Southern conservatives, and golf is tight with the political party of the rich… but why is soccer seen as a liberal sport? There are two main reasons — one historical and one current.

Soccer as we know it in this country — with the youth leagues and the screaming parents on the sidelines and the “2-4-6-8 who do we appreciate?” —  began in the late 60s and early 70s as part of the counter-cultural revolution. Football was too tightly associated with the traditional drink beer, marching band, date the cheerleader, join the marines and go to war life for pot-smoking, Vietnam war protesting, Woodstock going hippies. Soccer was an ideal sport to coalesce around because right at that time Johan Cruijff was ascending to his place as one of the best players of all time. He also happened to be making himself into a counter-cultural idol due to his unique style and radical (and out-spoken) ideas.

Although it’s been 40+ years, I think this explains much of the non-violent, everyone wins, liberal stereotypes about soccer. There’s another thing, something that’s even more true now than it was in the 70s. The best soccer in the world is not played in the United States. If you want to watch the best soccer in the world, you have to watch the English Premier League,[2] the Spanish La Liga, or wait around for the big international tournaments like the World Cup or the European Championships. This is a big difference from Football (okay the rest of the world just doesn’t care) or Basketball, Hockey, or Baseball where the best players in the world come to our league to perform. Insofar as liberals are associated with a greater internationalism and conservatives are associated with isolationist tendencies, then it makes sense that being a soccer fan is seen as a liberal thing to do.

What’s funny about this (and this is far too large of a topic to cover here, so I’ll just nod towards it) is that soccer leagues in other countries are far more capitalist than our leagues. Players are not traded, they are “sold.” If a team does not do well it can be thrown out of the league and relegated to a lower league. Compare that to an NFL team like the Detroit Lions that has not had a winning season since 2000. Not only does it get to keep playing in the NFL, but they receive gobs of money from the other teams in the form of revenue sharing of television, merchandising, and ticket money.

One last bonus factoid that you can use at cocktail parties: in the late 1800s when football and baseball were in their infancy, football, the more physical sport, was played by the upper classes, and baseball was a lower class sport. Why? Well — if you had to work in a factory or a farm you certainly were not about to risk breaking bones playing football. Leave that foolishness to rich college boys!

3 thoughts on “Why is Soccer so Liberal?”