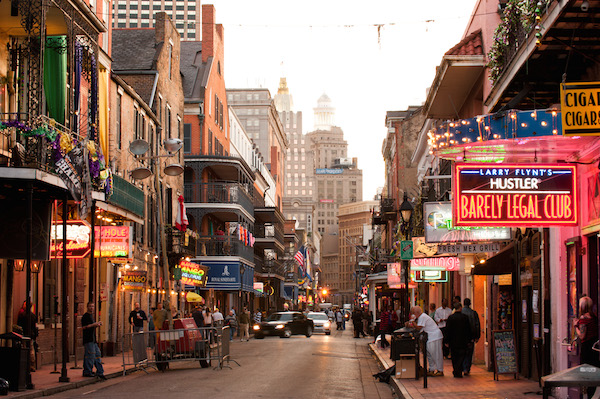 In this series, Dear Sports Fan will try to prepare non-sports fans and sports fans alike to converse knowledgeably during this Sunday’s Super Bowl parties. Super Bowl Sunday is probably the day when the most non-sports fans gather in front of televisions and mingle with their sport loving friends and family. In Part One-A of this series, we covered the many, many plot lines centered around Ray Lewis. In this post, we’ll cover two more story lines, the Harbaugh brothers and New Orleans, the host city.

Unlike the normal one-game-a-Sunday cadence of the football season over the past few months, there are two weeks between the semi-finals and the Super Bowl. This gives everyone time to take any interesting story and drive it into the ground. By the time the game comes around for those of us who watch and listen and read a lot about sports, the narrative of many stories will have shifted from this-is-an-interesting-story to this-story-is-going-to-kill-me-if-I-hear-it-one-more-time. Then, of course, that becomes the story!

The story of the Harbaugh brothers is one of those stories. It goes like this: the head coach of the Baltimore Ravens, John Harbaugh, is the older brother of the head coach of the San Fransisco Forty-Niners, Jim Harbaugh. That’s pretty much the whole story. But what the hell… their father Jack was a football player and coach himself. There’s a pretty sweet story about the sons going out of their way to help him when he was struggling as the head coach of Western Kentucky University. Sweet, however, is not the emotion this family is most known for. The sons are intense — even for football coaches. Jim, the younger one, is particularly demonstrative.

His San Francisco 49ers players love to imitate the cartoonish nature of their coach: the clenched teeth, the dropped jaw, the wide eyes, the narrowed brow. Each has their favorite Harbaugh face.

John had is own blog-ready moment. When he was asked about coaching against his brother, he responded by saying it was a “great moment for our country.” I don’t know if I’d go that far, but you know… even if it’s not an incredibly interesting story… it is kinda cool to think about two kids playing super bowl in their back yards years ago and then growing up to face each other in that exact situation.

The host of the Super Bowl this year is New Orleans.Usually it’s not interesting who’s hosting the Super Bowl. But this year, there’s some drama. If the NFL and New Orleans were Facebook friends, their relationship status would be, “It’s Complicated.” Here’s the timeline.

When Hurricane Katrina hit New Orleans, the Superdome became an emergency shelter for 20,000 plus people. The stadium, which had hosted football and basketball games, the pope and the Rolling Stones, quickly became a symbol of the desperate, tragic situation.

Then, a little more than a year later, the Superdome became a symbol for the rebirth of the city when the city’s beloved Saints returned, like so many New Orleans residents did, from San Antonio. Roger Goodell, now the commissioner of the NFL, then the assistant commissioner, played a big role in this, remembers NOLA.com:

Goodell worked with local leaders to rebuild the Superdome. He cleared bureaucratic hurdles in Washington D.C. to accelerate the construction process. And he was a constant motivator, sending local officials late-night emails for inspiration: “We’re winning! Don’t stop! We’re in this to win!”

Three years after the team returned to New Orleans, they won the Super Bowl. So, it’s a positive, feel good story, right? Well… not so fast.

This past summer, a scandal broke out (predictably Clintonized to “Bountygate”) when it was revealed that the New Orleans Saints had a bounty system set up to provide financial rewards for injuring opposing players, including targeting the heads of players with histories of concussions. Goodell, now commissioner, suspended several team coaches and players for the season. Goodell has widely been accused of everything from tyranny to hypocrisy to ineptitude. He was sued by a suspended player. He eventually had to ask his predecessor to step in and try to clean up some of the mess. Paul Tagliabue cleaned up the mess by essentially repealing as many of Goodell’s decisions as possible.

So, where do we stand today? My guess is that Goodell is more hated than he is loved but that the hate is mostly a good-natured, whaddayagonnado type of hate. My favorite story about this is the signs that have started appearing in the windows of New Orleans restaurants and bars: “Do Not Serve This Man,” they say.