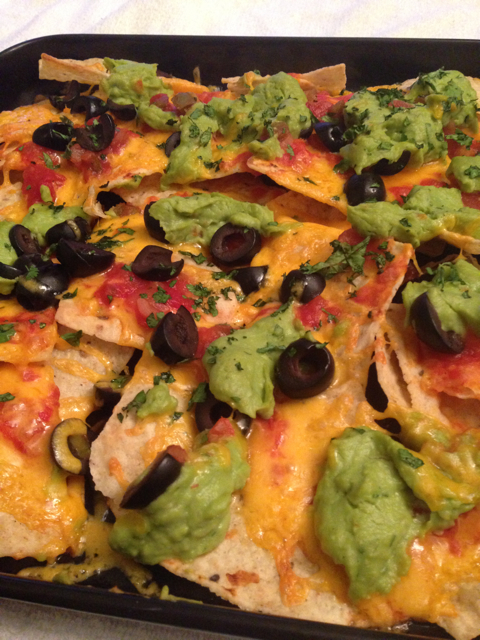 If you are anything like me, the only thing worse than the football season is the one night a year when everyone gets together to celebrate the football season: Super Bowl Sunday.  And while I try to avoid it every year, I somehow always manage to get sucked into attending a party.  Attending a party in which you have zero interest in the main event can be rather tricky. To help you on your path to being the perfect Super Bowl party guest, I have compiled a list of behaviors to avoid at your party this year.

DON’T stand around repeatedly announcing to any and everyone how much you hate football. There are so many great reasons to hate football. It is needlessly violent and leads to serious life injuries for the players. They only play for about seven seconds before stopping for five minutes. One minute of football time is the equivalent of fifteen minutes of real life time. I could go on, but I won’t. As you can see, it gets pretty annoying pretty quickly.

DON’T stand (or sit) in the room with the TV and talk loudly through the whole entire game. Believe it or not, some people actually want to watch the football game. More than that, some people actually want to hear the inane announcers talk about the football game. If you are not one of them, there are so many better places for you to be than in the room with the TV. There is a perfectly good table full of food and booze somewhere else where you will find like-minded people which whom you can pass the evening discussing hockey.

DON’T ask 1,000 annoying questions to the person in the room who is the most interested in watching the game. Maybe you’ve decided that this year you are going to try to pay attention to the game, only to realize that you have absolutely no idea what is going on. It is ok to ask questions now and then, and there will definitely be people excited to familiarize you with their favorite sport. Just be conscientious about how many questions you ask and who you ask them to. There are people who are going to want to watch the game more than they want to educate you on what is going on.

DON’T loudly root for the team that no one else is rooting for, while maintaining that football is dumb. People take football very seriously. Drunk people take football even more seriously. Try not to piss off a bunch of drunk football fans, unless your date for the party happens to be large enough to defend your honor. If this is the case, by all means, instigate. Fights are the best part of sports.

DON’T end the evening with a loud exasperated sigh of “Thank Goodness Football is over!” When the game ends, try to keep your glee to a minimum, especially if the home team (i.e. the team that everyone at the party is rooting for) just lost. No one will appreciate your joy in the midst of their mourning.

DON’T show up empty handed. For all of my bad behavior at Super Bowl parties, even I know better than to show up at someone’s house empty handed. Super Bowl parties are as much about the food and beverages as anything else. If they weren’t, why would any of us non-fans even bother to show up? If you are going to be a football-naysayer, then make up for it by bringing a really amazing dish or a whole lot of beer. People will forgive just about anything given the right culinary incentive. But show up with nothing, consume all of the food and drinks, and complain through the whole game, and I promise you won’t be invited next year.

So now you know all the ways not to behave at a Super Bowl party. If you are interested in knowing how you should behave instead, well, you’ll have to ask someone else. I fully intend to break all of my own rules and maybe even discover some new ones come Sunday night.

So who’s having the party??
Lisa Filipek

3 thoughts on “How Not to Behave at a Super Bowl Party: From One Non-Fan to Another”