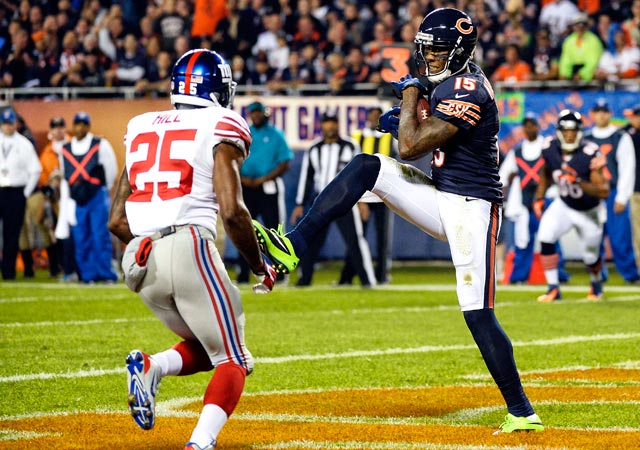 What does it mean to start or sit someone in fantasy football? Fantasy football owners can’t actually control who plays in a real football game, right? So what gives?

Ha! I can tell from your question that you understand a little more than you’re letting on. No, of course, you’re right that a fantasy football owner can’t control which real players play in real games each weekend. Like many aspects of fantasy football, this is made more complicated by the fact that fantasy vocabulary shares terms with football but they mean slightly different things in different contexts. The choice to start or sit a player on a fantasy football team decides whether or not that player’s real stats will count toward the fantasy team’s score for the weekend. Making these choices is a big part of what makes fantasy football so fascinating and addictively torturous for people who play fantasy football. We already published a comprehensive post on how fantasy football works, so we’ll stick just to your question about starting or sitting a player. Here’s how it works.

Fantasy leagues vary greatly in how they are set up, but a fairly standard fantasy team will consist of 16 players. Of those, each week, only the statistics from nine of them will count towards the fantasy team’s total. The decision of which nine players of the 16 should count each week is the choice you’re asking about. Players that a fantasy owner selects to have their stats count are said to “start” or “be starting.” Players whose statistics an owner chooses not to have count are said to “sit” or “be sitting.” These terms mirror the decisions that real football coaches make about players on their roster for reasons of injury, relative skill, game-plan, or other factors, but they decide different things. In real football, the decision determines who plays in the football game and potentially who keeps their job and who gets fired. In fantasy, the decisions don’t actually affect the players in question, they only affect the fantasy owner and her fortunes that week.

The interesting thing about the start or sit decision in fantasy football is that fantasy owners have to make it before the games start each week. It’s all about prediction. The decision to start one player over another can be a determining factor in a fantasy game. For example, this weekend, I decided to start Jarett Boykin, a wide receiver on the Green Bay Packers, over Brandon Marshall, a wide receiver on the Chicago Bears. Boykin caught one pass for six yards. Marshall? Five catches, 48 yards, and three touchdowns. If I had chosen to start Marshall, and therefore had his stats count towards my totals, I would have won. Instead, I started Boykin and lost. Why did I make this decision? Well, similar to a real coach, I made it based on injury, relative skill, game-plan, and other factors. Marshall had a badly sprained ankle, my twitter feed was telling me he wasn’t likely to even play, and I thought that Green Bay would have an easy time throwing the ball against the Jets and Boykin would benefit from it.

Hindsight is 20/20 but foresight is variable. The more information about football games a fantasy owner has, the more reading and listening and watching and studying they do, and the better they are at compiling the data in their brains and their guts, the better their foresight is going to be. The more work a fantasy owner does, the better his or her start or sit decisions are likely to be and the more likely they are to win. This is the logic that makes start or sit decisions such an integral part of fantasy football and fantasy football such a force in driving interest in the NFL and the sport of football.