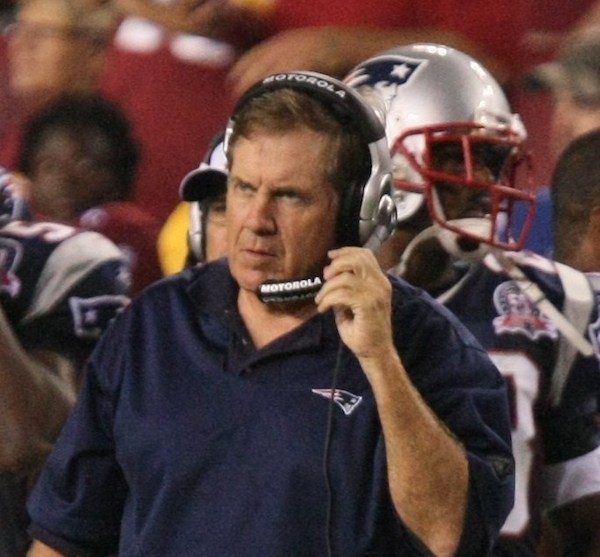 After weeks of annoying football coverage, it’s time to actually sit down and watch the game. But I have one question left: who should you root for in Super Bowl XLIX? The Seattle Seahawks or the New England Patriots?

I am assuming you don’t live in New England or near Seattle. If you do, then the choice is easy. Unless you are a hater of historic proportions, it’s way more fun to root for your local team than against it. So, if you live anywhere Northeast of the Yankees/Red Sox divide (different sport but the principle is the same) root for the Patriots. If you live in Washington, Oregon, Idaho, or the Western side of Montana, root for Seattle. If you live in any other part of the country or the world, you’re a rooting free agent. You can choose a team to root for based on a thousand different things: you like one team’s uniform color, you had a player from one team on your fantasy team this season, you have a crush on a player on one team, you think one team is going to win and you like rooting for the winning team. All of these are perfectly legitimate reasons. If you’re a completely blank slate and need help choosing a team to root for, I do think the two teams have a clear philosophical difference that may be interesting to you.

One of the reasons why football is so popular is that it’s an intriguing mix of brain and brawn. All sports rely on brain and brawn but football balances the intellectual with the physical more delicately than most. Football derives this quality from the fact that the game restarts all the time. A football game consists of around 164 plays that each take an average of between four and five seconds. There is a tremendous amount of athleticism packed into those four or five seconds. Players do amazing things with their bodies: make diving catches while controlling their bodies so just the tips of their toes stay on the ground; leaping over someone to tackle someone else; continuing to run forward with four opponents draped all over them. Between those plays, there’s an immense amount of communication from coaches to players and between players. This is where the intellectual side of the game comes in. Each play is choreographed in incredible detail and practiced meticulously beforehand. Football coaches design how their players are going to move and then choose which play they want the players to execute. In every football game, the best athletes in the world compete to be faster, stronger, and better than their opponents. At the same time, the two opposing sets of coaches are competing to outsmart each other.

Which is more important: a great coach or great players? It’s an open question in football. The two Super Bowl teams this year represent opposing sides in this argument. The New England Patriots franchise is built around their coach, Bill Belichick. It’s often said of him that he could beat your team with his players and then switch sides and beat his team with your players. The Patriots are a living testament to this idea. They regularly cut or trade good, veteran players and trade down in the draft to pick more, less regarded players. They are known for designing a new game plan for each of their opponents. They study their opponents, figure out what their weaknesses are, and then design plays to beat them. The Seattle Seahawks are the opposite. They do what they do best regardless of who their opponent is. On offense, that’s mostly running the ball with their powerful running back, Marshawn Lynch. On defense, they play tight man-to-man coverage on their opponents wide receivers with their two great cornerbacks and play a zone defense against everyone else.