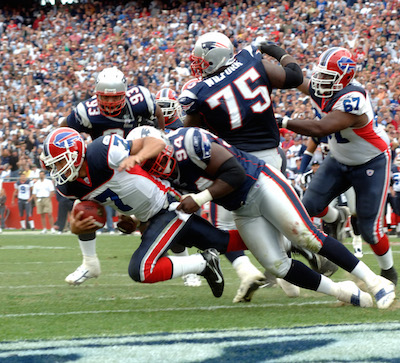 The Patriots are the most successful team of this millennia. They’re also probably the most controversial. In 2007 the team and their coach, Bill Bellichick were disciplined for having illicitly recorded video of an opposing team’s practices. In 2014, they were accused of improperly inflating the footballs they used on offense during a playoff game. Although the team escaped punishment this time, its quarterback, Tom Brady has been suspended for four games pending legal recourse. These incidents aside, the Patriots are generally regarded as a radical organization. They’ll try anything to win. They plan almost completely different game plans each week depending on their opponent, they constantly trade down in the NFL draft to take a larger number of less well-known players, they’ll cut or trade anyone, no matter how popular and accomplished, if they feel they are starting to decline. They’re willing to take character and injury risks with players that other teams stay away from. They are an extraordinarily stable organization when it comes to their core elements (owner, coach, quarterback) but basically everything else is constantly in motion.

Who are some notable players or figures from the New England Patriots?

Bill Bellichick is a complex, intriguing man whose brilliant talent for football is only matched by his apparent contempt for everything he feels is non-essential to winning football games. Whether you think he is simply a porcupine without the desire or talent to cloak himself in the skin of a cuddlier animal or you think he is a teddy-bear wearing chain-mail probably has a lot to do with whether you root for the New England Patriots and vis-versa. Read more about Bellichick in a profile of him I wrote before the 2015 Super Bowl.

Tom Brady is the prototypical quarterback. He’s tall, handsome, and athletic. He’s an unquestioned leader. He is successful on the field and off the field. He inevitably evokes a strong response from people. Either you want to be him or want to be with him or you can’t stand his smug, arrogant ways and you are annoyed that one person (other than you) could be so lucky. I wrote a lot more about him in an article leading up to the 2015 Super Bowl.

Where do the New England Patriots play?

Imagine you’re about to go on a blind date and all you know about the person is that he or she is a New England Patriots fan. Here’s what you can guess about that person. Remember that all fans are unique. We bear no responsibility for any misunderstandings we engender. Trust but verify.

A decade and a half of winning will spoil even the most down-to-earth fan bases. The Patriots fan across the table from you probably expects success, all efforts to the contrary. He or she is also likely to have the “us-against-the-world” mentality that Patriots fans have had to develop in response to its team’s controversies.

What will make a New England Patriots fan squirm?

Express dismay and disgust at the Patriots for their cheating ways. Focus especially on Tom Brady and how his part in the conspiracy to deflate footballs has tarnished his otherwise “golden” image.

Team colors are navy blue, red, silver, and white. Their current uniforms look like this. 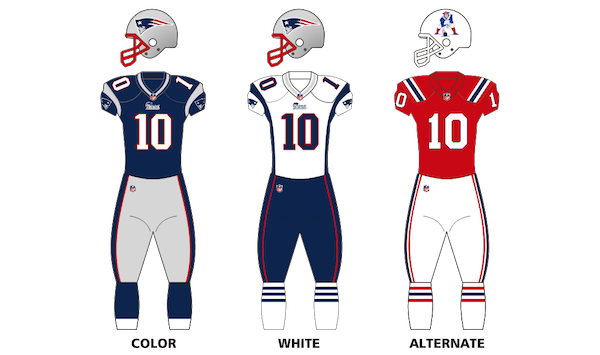 Coming soon — a post about the 2015 New England Patriots including an overview of their most interesting characters as well as what fans expect from the team this year.