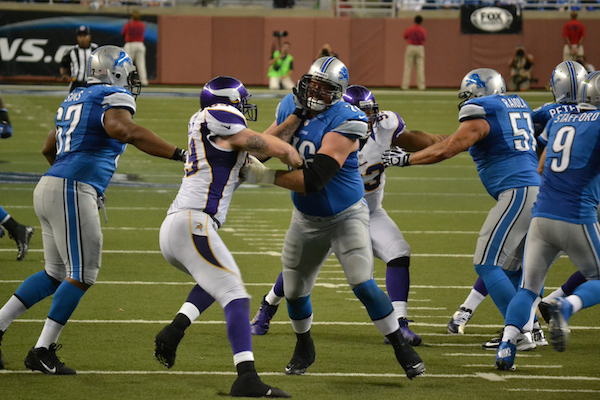 The Detroit Lions are the NFL’s version of the Washington Generals. Unlike the Generals, who are professional stooges to the Harlem Globetrotters, the Lions are actually trying to win. In their long history, they’ve never had a sustained period of extraordinary success. They have had sparkling individual players but have never been able to put all the pieces together to make, much less win, a modern NFL Championship.

Who are some notable players or figures from the Detroit Lions?

Barry Sanders was every kid’s favorite running back in the mid-1990s. Drafted in 1989 with the third overall pick by the Detroit Lions, Sanders was a pint-sized running back (only 5’8) with moves to spare. He would spend much of the game getting tackled right at the line of scrimmage by the giant defensive players out to get him, only to fake everyone out on one run and score a highlight-reel worthy long touchdown. He was elusive and resilient on the field but an enigma off the field. Never one for putting himself in the spotlight, he stunned the world when he announced he was retiring in 1989 by faxing a letter to his local newspaper. Sanders was a Pro Bowl honoree in all of his ten seasons with the team and was inducted into the Pro Football Hall of Fame in 2004.

Calvin Johnson has continued the trend of quiet Lions superstars into the 2000s. An immensely talented wide receiver, unlike many of his positional peers, Johnson lets his play speak for him. His nickname is Megatron which nicely relates the type of robotic dominance that Johnson has had over the league since he was drafted number two overall in 2007 by the Lions.

Where do the Detroit Lions play?

Imagine you’re about to go on a blind date and all you know about the person is that he or she is a Detroit Lions fan. Here’s what you can guess about that person. Remember that all fans are unique. We bear no responsibility for any misunderstandings we engender. Trust but verify.

What will make a Detroit Lions fan squirm?

At this point, Lions fans are so used to losing that the easiest way to get them to squirm is to be really, really positive about their team. The more hopeful things you say, the more squirming you’ll see.

Team colors are Honolulu Blue, silver, black, and white. Their current uniforms look like this. 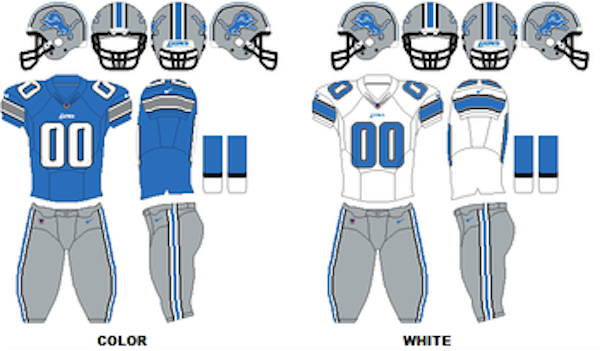 Coming soon — a post about the 2015 Detroit Lions including an overview of their most interesting characters as well as what fans expect from the team this year.