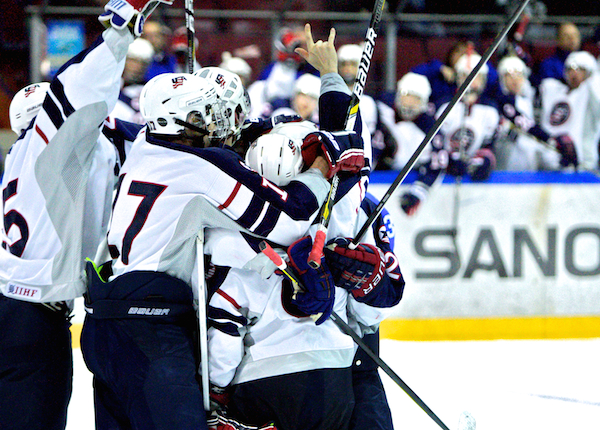 I was playing basketball the other day and one of my teammates complimented me on a “nice hockey assist.” I know that an assist is the pass right before someone makes a shot. What is a hockey assist?

Every sport has a historical group of simple statistics which defined how casual fans and even insiders thought about players for a long time. Examining the statistics can also tell us something about the culture of the sport. In hockey, one of those basic statistics was points, calculated by adding all of that player’s goals and assists. This is perhaps simplest way to judge a player’s worth. In a player’s cumulative season or career point total, a secondary assist counts just as much as a primary one. From this, we can intuit that hockey values teamwork and spreads out credit for achievements more than most sports. This rings true considering some of hockey’s other traditions, like putting the name of every player from the championship team on the Stanley Cup, hockey’s ultimate trophy.

The hockey assist is not without its critics. In fact, a quick google search reveals people who call it a lie, pointless, and less sense than almost any other rule in sports. People need to chill out. The statistical revolution has come to every major sport and has completely revolutionized the way players are evaluated within teams. No team worth its salt is going to make player decisions on statistics as fundamental as assists or points. Furthermore, as people have become more savvy about looking for meaningful statistics in other sports, the hockey assist received some serious consideration. Here’s a great blog post by Kevin Yeung for SB Nation’s Memphis Grizzlies blog, Grizzly Bear Blues, in which he explores the hockey assist in a basketball context. It’s worth a read if you’re interested in learning more about the value of your basketball hockey assist!