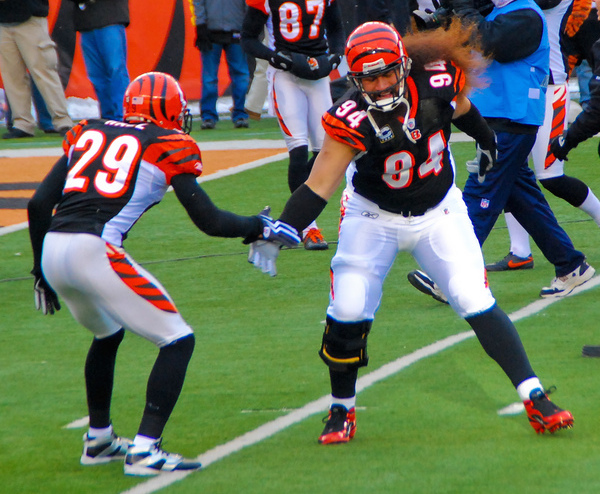 I’ve been playing fantasy football for a few years now and I think I’m pretty good at it. One thing I can’t do though is get people to trade with me. Either they don’t want to trade or what they’re offering doesn’t seem like anything I would want to do. How can I get better at making trades in fantasy football?

Both sides should “win” the trade

The driving principle of being a good trading partner is to want the person you’re trading with to succeed. This may seem silly in a zero sum game like fantasy football — after all, if your trading partner succeeds, won’t they threaten your team — but it’s actually the most important part of making a trade. A good trade should benefit both teams and you should want it to be that way. There are a few reasons why this is important. First, fantasy football is a long game. It’s played over the course of 13-17 weeks and in many leagues, over years or even decades. Most leagues have 10 or 12 teams, each run by a friend or colleague of yours. You want to make trades that are good for your trading partners so that they want to deal with you in the future. Even if you could trick someone into making an incredibly lopsided trade, you probably shouldn’t. They’ll never trade with you again and the rest of your league-mates will notice too.

Don’t just target the weak. The overflowing team is ripe for the picking too!

Conventional wisdom suggests that a team at the top of the standings will be difficult to trade with. That’s not always the case. Often, teams at the top have been successful because of surprisingly good performances from unexpected places. If a team’s fifth running back turned out to be one of the best in the league, this may mean that they find themselves with more good running backs than they are able to make use of on a week-to-week basis. If you can offer a team overflowing with high performing players in one position a slight improvement in another position, they might be willing to trade one of their many successes to you. One of the most agonizing parts of fantasy football is making start/sit decisions each week. Fantasy owners who have a surfeit of talented players at one position may want to trade a player away just so they don’t have to drive themselves crazy each weekend trying to guess who is going to be better between two or more good options. Lastly, success is not an antidote to anxiety in fantasy football. Some owners will interpret their own success as a harbinger of doom and want to “sell high” on high performing players because they are scared of a fall from grace.

Touchdowns are worth much more than yards in most fantasy football leagues. The most standard scoring system makes touchdowns worth 6 times more than ten yard gained for running backs, receivers, and tight ends, and 15 times more for quarterbacks. Fantasy points, the clearest and most meaningful measure of a player’s worth to a fantasy team, are therefore highly dependent on touchdowns. In reality though, touchdowns are much more random than yards. The average NFL team scored between two and three touchdowns a game. That’s a much smaller sample size, even over the course of several games, than the 50 or so yard-gaining plays that happen each game. Although there are some players whose style or abilities make them less likely to score touchdowns than others, there are more out there whose lack of touchdowns are simply bad luck. Find these players by sorting a list of players by yards gained as opposed to fantasy points and target them for a trade. Their owner may be fed up with their inability to score touchdowns and therefore generate fantasy points.

Every NFL team takes a single week off during the NFL season. On most weeks during the middle of the season, four teams will not be playing. Less common is the two-team or six-team bye weeks, but they do happen too. Most of the time, fantasy teams will have enough players on their bench to fill a starting lineup without any problem. There’s usually one team per week whose players happen to have byes that line up in an unfortunate way for that owner. Maybe they have five wide receivers on their roster but four of them have Week Seven bye weeks. They won’t want to drop the players, because they might not be able to get them back, but they also won’t want to go a week without enough players in that position to field a starting lineup. If you can offer roster flexibility in a trade, they may be willing to make a trade that even they think would otherwise be slightly (just slightly, don’t get crazy) slanted in your favor.

Deep? Get shallow. Shallow? Get deep.

There’s a kind of platonic ideal for fantasy football teams: a few star players, very good players at every other position in the starting lineup, lower-performing players with high potential on the bench. In reality, few teams match that ideal exactly. Most teams are either deeper, meaning they have more good players but perhaps not any true stars, or shallower, meaning they have a few stars but then there’s a steep drop-off in terms of talent on the rest of their roster. Owners generally want to shift their teams toward the ideal. If you have a shallow team, find a deep team and see if you can construct a trade to help both of your teams get closer to the ideal. In this example, that would mean trading one of your stars for two or three very good players. These types of two or three for one trades are a common gambit in fantasy football. The trick is to suggest them strategically. A shallow team won’t want to trade you two or three players for another star. A deep team won’t trade you their star player for two or three of your very good players. Find a team whose shape you can improve.

My last suggestion is that you do your due diligence every week. Open up each team’s page once a week and look to see what their situation is. Examine their teams for the trade openings we’ve described here. Are they too deep? Too shallow? Are they suffering with the bye week blues? Are they overwhelmingly strong at one position, perhaps to their own detriment? Do they have agonizing start/sit decisions each week? When you’re done doing that, run through a sorted list of each position by fantasy points AND yards gained. Look for unlucky players who you think are likely to play better in the coming weeks. See who their owners are and if there’s potential to make a trade. Send a few offers out every week. You’ll be surprised at what your fellow fantasy players are interested in doing. Don’t send anything patently unfair though – lopsided offers give you a bad reputation and depress counter-offers and negotiation.