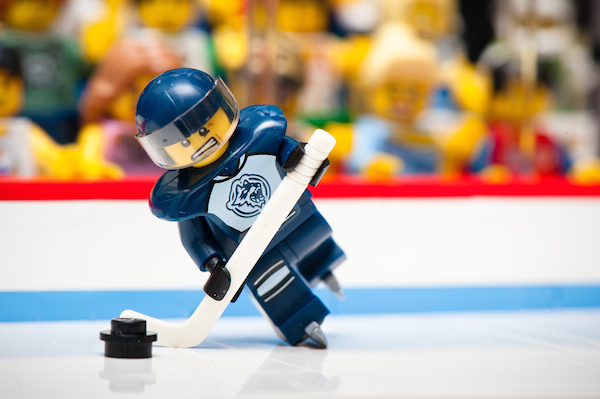 How does a snap shot work in ice hockey? Can you describe how it works and when or why a player would choose to use it?

There are three main kinds of shots in ice hockey: the slap shot, the snap shot, and the wrist shot. Each shot has its own technique and is distinguishable when watching hockey on TV or in person. Each shot has advantages and disadvantages and is appropriate for different situations. In this post, we’ll describe the most commonly used shot in today’s National Hockey League, the snap shot. You’ll learn how to identify it when you see it, when and what it’s used for, and even how to do it if you find yourself with a hockey stick in your hands.

The snap shot is a hybrid shot which combines the best features of the slap shot and wrist shot together in a single unstoppable combination. As we described in the post on wrist shots, the wrist shot is the quickest to get off because it requires no windup and the most accurate because it’s done in a single, fluid motion where the puck never leaves the blade of the stick. As we described in our post about slap shots, the slap shot is the most powerful shot in hockey — it can send a puck flying through the air at over 100 miles per hour. The snap shot steals elements from both shots. You can understand the snap shot as a slap shot but without most of the wind-up or as an abbreviated wrist shot. Take a look at one good example:

The clearest advantage of a snap shot is that it takes virtually no preparation to take. You can move into the snap shot motion equally well from stick handling or immediately from a pass. The snap shot doesn’t have the wind-up of a slap shot or the fluid but long motion of the wrist shot. This makes it much harder for goalies or defenders to block. Curtailing the wind-up also robs the other team of vital information about the direction of the shot. The snap shot takes advantage of the flexibility of modern hockey sticks but also allows a player to aim quite accurately.

If you want to work on taking a snap shot yourself, start with a slap shot or a wrist shot, whichever you’re more comfortable with. If you choose slap shot, take a smaller and smaller wind-up until you’re barely moving your stick back from the puck before propelling it forward and into a shooting motion. Once you’re there, raise your bottom hand up six inches to a foot on the shaft of the stick and add an extra flick of your bottom wrist right after your stick comes in contact with the puck. If you’re more comfortable starting with a wrist shot, practice leaving the puck still on the ice as you do the first half of the sweeping motion of the shot. It will feel like you’re picking the puck up in the middle of the wrist shot motion. Now add some extra oomph to the shot by slapping the puck when you first make contact.