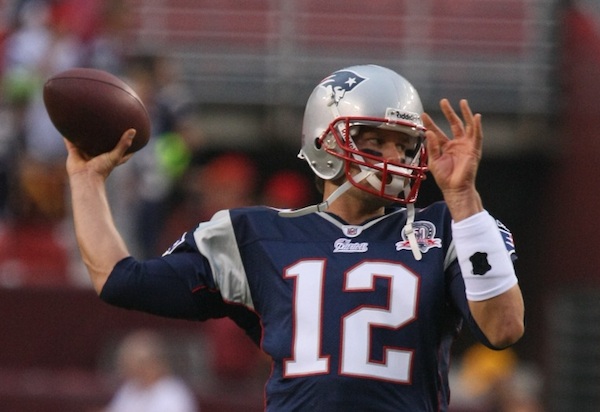 The New England Patriots host the Kansas City Chiefs in the first of the four 2016 National Football League (NFL) Wild Card playoff games. This game is on Saturday, January 16, 2016 at 4:30 p.m. ET on CBS.

The New England Patriots are the defending Super Bowl champions but they’re not at full strength. If they were, they would be a giant favorite to win this game. The team the Patriots started the year with looked very much like it could have gone undefeated and won another Super Bowl without too much trouble. Then the injuries started. The Patriots have lost more and more important players than most teams. One question, perhaps the main question coming into this game is: how many of those players will the Patriots have back and at full strength for this game? Those are actually two different questions. The Patriots are planning to have all three of their key pass catching players, wide receivers Julian Edelman and Danny Amendola and tight end Rob Gronkowski back as well as offensive lineman Sebastian Vollmer back for the game. But if you believe the news coming out of the New England camp, none of them will be at full strength. The Kansas City Chiefs are probably NOT listening to the word out of the New England Camp very much. Not only because the New England camp is notoriously tight-lipped and mendacious, but also because a team that has just won 11 games in a row doesn’t have to listen to anyone.The Chiefs are on quite a roll! Just last weekend, they went into Houston and absolutely smashed the Texans 30-0 in the first round of the playoffs. They’re doing it with smart offense and tough defense and for now, they seem unbeatable.

Who are the main characters on the Kansas City Chiefs?

Alex Smith — Quarterback Alex Smith was drafted number one overall by the San Francisco 49ers in 2005. His story has always been one of moderate success despite two great deficiencies: hand size and arm strength. The importance of arm strength is obvious — if your arm isn’t strong enough to throw the ball far down the field, it’s hard to be successful. When you watch Smith, compare his throws in your mind to others that you’ve seen. You might notice his throws looking not as snappy as other quarterbacks. More likely you can notice what you don’t see — the so-called “out pattern throws.” An out is when a wide receiver runs down the field and then perpendicularly to the sideline. The quarterback is expected to throw the ball before the wide receiver turns so it’s there for him to catch. It’s a difficult throw to make because, even more than the longer down-field throws, it has to be made with strength so defenders don’t have time to intercept it. Smith pretty much doesn’t even attempt these throws. What Smith does do, he does extremely well. He’s very athletic, able to avoid defenders trying to sack him and even to make longish dowfield scrambling runs at time. He rarely makes bad decisions that lead to interceptions or fumbles. He’s a solid but unspectacular dude.

Eric Berry — Safety Eric Berry was diagnosed with Hodgkin’s Lymphoma a little over a year ago. He got treatment and was back to playing shape by the time this season started. His play this season has been nothing short of inspiring. He’s back to what he was before the cancer, one of the best safeties in the league. Also, from his Wikipedia page, comes the odd but charming fact: “Berry suffers from equinophobia, a fear of horses, frequently brought on by the Kansas City Chiefs’ mascot, Warpaint. The fear was brought on after a traumatizing childhood event at a petting zoo where a horse bit him while his back was turned.”

Who are the main characters on the New England Patriots?

Bill Belichick — It all starts with coach Bill Belichick. Now the longest tenured coach in the league by far (Belichick started in New England in 2000, the next two coaches started at their jobs in 2003 and 2006!), depending on who you talk to, Belichick is thought of as either an evil genius or a benevolent one, but either way, he’s given a lot of the credit for the Patriots’ winning ways. He’s not a stereotypical football coach who screams and yells or tries to motivate his players. He doesn’t give memorable half-time speeches. He just tries (with his assistant coaches) to out-think, out-smart, and out-prepare the opposing team. Before every game, Belichick figures out what the other team is good at and what they’re bad at. Then he decides how to attack them where they’re weak and avoid falling prey to what they are good at. It seems simple, but most teams either can’t figure this out or are unable or unwilling to change what they do fast enough to adjust to their opponent.

Tom Brady — Quarterback Tom Brady is the other side of the New England Patriots coin. He’s been in New England just as long as Belichick and he gets almost as much credit. He’s widely considered one of the greatest quarterbacks to ever play football. Even at age 38, he doesn’t seem to be noticeably slipping in any dimension of his game. Given the issues the Patriots have had this year with their offensive line, one of Brady’s most important qualities is his ability to anticipate what the defense is going to do, even before the play begins, and react quickly to what they actually do once the play starts. He rarely gets hit because he rarely holds onto the ball for more than a second or two. He gets it, and throws it, fast!

Rob Gronkowski — Tight end Rob Gronkowski provides an element of meat to balance Brady and Belichik’s cerebral natures. Gronkowski is a 6’6″ 265 lbs football monster. When he goes down the field to catch a pass, he often looks too big, too fast, and too skilled for the other team to have a chance at stopping him. He looks improbable, like the result of a cheat code in a video game. Then a defender hits him and every Patriots fan in the world gasps. Gronkowski’s one weakness is his health. He seems to always either be seriously injured, hobbled, or one hit away from being one of those things. Right now, reports say he’s suffering from knee and back injuries. Only time will tell if that’s true, but if it isn’t, watch out!

The Kansas City Chiefs are on an amazing run this year but the New England Patriots have been on amazing run now for more than a decade. The Chiefs are a team that’s succeeding despite some very obvious flaws, first among them their quarterback’s limited ability to make certain types of throws. The one person you don’t want to run into when your options are limited is Bill Belichick. Belichick is too good at finding and exploiting small flaws, much less giant obvious ones. The Patriots may not be able to overpower the Chiefs but over time, little by little as the game goes on, they’ll outsmart the Chiefs.