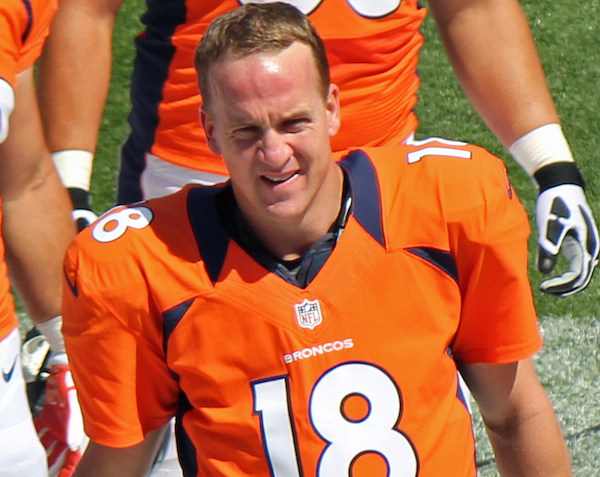 The Denver Broncos host the Pittsburgh Steelers in the last of the four 2016 National Football League (NFL) Divisional playoff games. This game is on Sunday, January 17, 2016 at 4:40 p.m. ET on CBS.

The worst part of football is how damaging it is to the mind and body of the people who play it. It’s also one of the things that makes football so fascinating. At the team and individual level, football poses questions — how badly do you have to be injured before you stop playing? how effective can you play while injured? how do you replace an injured player? how can you overcome the loss of one, two, five, ten injured players — and demands answers. This game is largely about those questions. Can the Pittsburgh Steelers overcome the loss of their best running back and wide receiver? Can their quarterback play effectively with an injured shoulder? Were the Denver Broncos right to choose to go with their once legendary but now seriously diminished quarterback over the younger healthier choice? The answers to those questions will determine who wins and who loses.

Who are the main characters on the Pittsburgh Steelers?

Ben Roethlisberger – Quarterback Ben Roethlisberger is the biggest mystery of this game. He injured his throwing shoulder in last week’s game against the Bengals, left the game, and then heroically returned to help his team to victory. During the week, he claimed that he had torn ligaments and that he was going to play. Roethlisberger is famous both for playing through injuries that would leave most humans curled into a small ball, moaning, AND for exaggerating the extent of his injuries. Are his ligaments really torn or is he playing it up to make him feel tougher for playing? His teammates won’t care as long as he makes it out onto the field and can throw the ball. The first is a certainty, the second a mystery.

Martavis Bryant/Marcus Wheaton/Darrius Heyward-Bey  – The Pittsburgh Steelers started the season with one of the most talented trios of wide receivers in the league. Antonio Brown was the leader of the bunch but he will not be playing today due to a concussion he suffered last week. One of his normal two wingmen, Martavis Bryant or Marcus Wheaton will have to step up to replace him. Bryant and Wheaton are both young receivers whose ceilings seem limitless but neither is as good as Brown. Sliding into the third wide receiver position from the bench will be Darrius Heyward-Bey, whose main claim to fame so far was that the Oakland Raiders selected him way too early in the NFL draft. What these three receivers have is speed. Each of them is freakishly fast, even for football players. There will be two or three times during the game when one of them gets behind his defender. If Roethlisberger has enough arm strength to get them the ball, there could be a long touchdown or three.

Who are the main characters on the Denver Broncos?

Peyton Manning – Quarterback Peyton Manning will be an obvious choice for the NFL Hall of Fame when he retires. He’s the most prolific passer in league history. At 38, after multiple neck surgeries, he’s clearly a diminished player. During the first half of the season, the Broncos were winning despite his poor play. During the second half, they played without him, going with the younger Brock Osweiler. In the final game of the season, Osweiler struggled and Manning was called on to come in and win the game. He did and now the team has chosen to go back to him for the playoffs. Manning, even at 60% of what he used to be, is a very good quarterback. Manning at 40% of what he used to be is a liability to his team. Which Manning will we see?

Derek Wolfe / Von Miller / DeMarcus Ware – These are the three defenders who are most likely to hit Ben Roethlisberger and knock him and his injured shoulder out of the game. Wolfe is a gargantuan defensive lineman, Von Miller is a swashbuckling linebacker, and DeMarcus Ware is a savvy veteran still capable of making explosive plays. Watch for these guys to put a little extra mustard on their quarterback hits today…

Aquib Talib / Chris Harris – The flip-side of the Steelers speedy receivers are the Denver Broncos two cornerbacks. Aquib Talib and Chris Harris are the best pair of pass defenders in the league. Antonio Brown might have been enough to get these guys sweating, but without him in the game, Talib and Harris will probably be able to take two Steelers receivers out of the game and leave their teammates to worry about the rest.

The only thing that could keep the Denver Broncos from winning would be a total and complete collapse from quarterback Peyton Manning. With one of the best defenses in the league going up against a reeling Pittsburgh Steelers offense, the Broncos may only need one or two touchdowns from their offense to win. I trust that Manning has enough football wherewithal left in his body to do at least that.