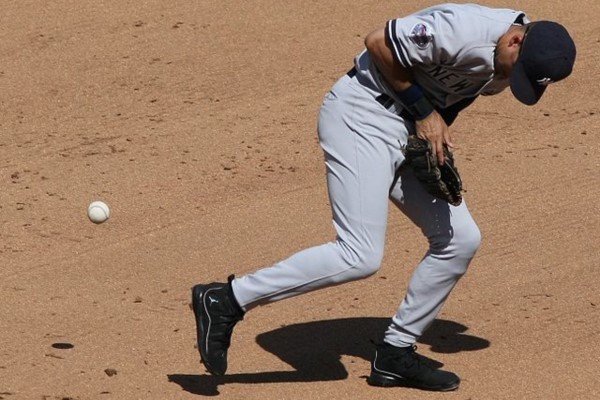 We were watching baseball yesterday and the second baseman clearly messed up when trying to field a ground ball. After dropping it, he was able to recover in time to get the runner out at first base. Would he get an error? Does a fielder get an error in baseball if nothing bad happens?

In the scenario you are describing, the fielder would not be given an error for that play. This is because, like you wrote,  “nothing bad happened.” According to the rules of MLB baseball (Rule 10.12(d)(4)) “The official scorer shall not charge an error against: any fielder when, after fumbling a ground ball or dropping a batted ball that is in flight or a thrown ball, the fielder recovers the ball in time to force out a runner at any base.”

This seems bizarre to me. I’ve always had a hard time understanding and accepting the importance of errors in baseball. They seem like a truly bizarre mixture of process, intent, and outcome. In your scenario, the fielder’s intent was good — he wanted to catch the ball and throw it to first base. His process was not good — he dropped the ball. The outcome, however, was fine — he got the runner out. So, no error. He essentially lucked out.

If, however, the the fielder had done the exact same thing but he was up against a faster runner who beat the throw to first base, he would have been assigned an error. No difference in process, just in outcome. Of course, outcome matters — it’s what leads to a win or a loss, which is the whole point. On the other hand, baseball already has outcome stats – if a runner makes it to first base, it’s called a single! The error seems like it’s supposed to be a different kind of stat; one that shows who messed up but in this case, it blends outcome and process.