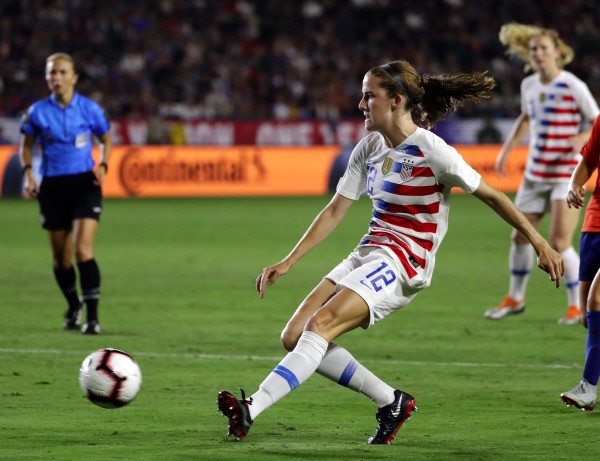 National team experience: Davidson has 20 appearances for the national team and one goal. During the 2019 SheBelieves Cup, she played the full 90 minutes in two of three games and was used as a late sub in the other.

What to expect from Tierna Davidson in 2019: Being the youngest player on an USWNT World Cup roster is partially a function of luck (if you’re 18 on a World Cup year, you won’t be 22 until the next one) but it’s also a badge of honor. Davidson is very much worthy of that honor and she could potentially be a very important player for the team as well. She plays a position of strength for the team, central defense, but it’s also quite shallow. If presumed starter, Abby Dahlkemper isn’t up to the task or co-captain Becky Sauerbrunn (perish the thought) gets injured, Davidson would probably be called on to step up and fill the void. By all accounts, she could do it. When she was called up to the national team as a 19 year-old, she played all 90 minutes of her first five games. She’s as solid as they come. Since that time, she broke her ankle and left college (not totally unrelated) to become the first overall draft pick in the NWSL draft. Her choice had a lot to do with challenging herself to get ready for this World Cup and I’m glad she did it. Nonetheless, if all goes well, we might not see her on the World Cup stage for another four years. Well – maybe coach Ellis will get her into the third group stage match.

Non-gendered personal interest item: It wasn’t until relatively recently that Davidson’s path to professional soccer was clear. Until then, she had wanted to be an astronaut. What’s the connection between astronaut and central defender? Being calm under pressure, having enormous self-confidence, and enjoying solving problems as they come up.

Links: Articles from Top Drawer Soccer, All For XI, ESPN, and The 18 about Davidson, plus her Wikipedia page, U.S. Soccer page, and Twitter.