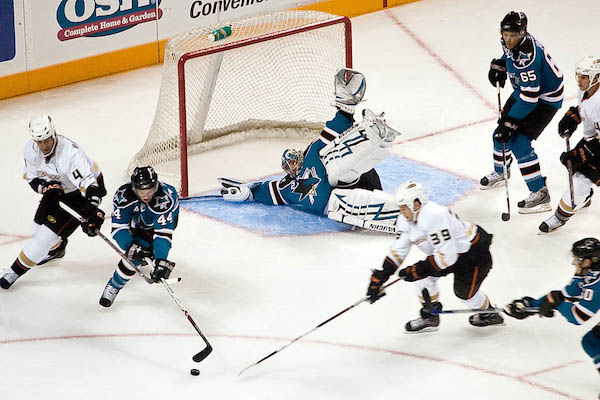 So, the NHL is back from it’s most recent labor issues. My housemate is very excited. I’m not. Hockey leaves me uninterested in a way other sports don’t. What am I missing? Why do people like hockey?

Thanks for your question. I happen to love hockey more than any sport I never played seriously. Here are seven reasons why I love hockey, why I think most hockey fans like hockey, and why you might like it too if you want to and you stick with it for a few weeks.

“I just said ‘hi’ to him at the face-off,” Glass told Pittsburgh reporters. “I squared off against him. He said, ‘Do you want to do this?’ I said, ‘Sure.’

And believe it or not, when these guys are done with a fight (as soon as one of them looses his footing or is otherwise at a clear disadvantage,) they will often congratulate each other on a job well done. It’s bizarre to outsiders like me but because players are sometimes miked for television, I’ve actually heard it before.

So there you have it Mitch, seven reasons why people like hockey. I hope one or a few of these connect with you enough to give it a shot or at least to understand what your housemates are excited about!